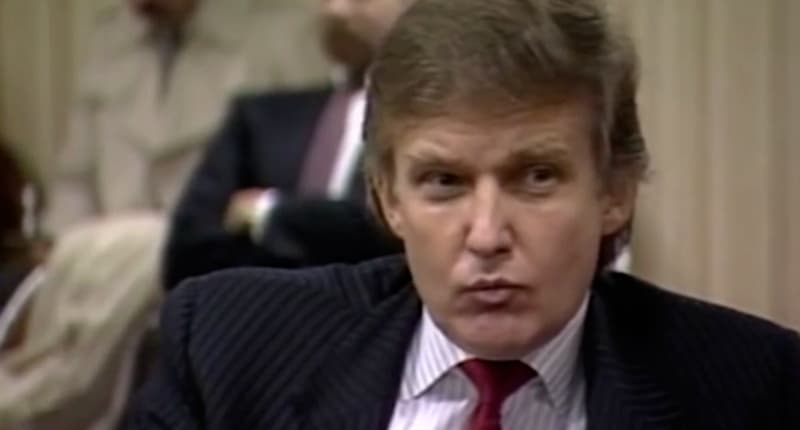 Donald Trump masqueraded as his own spokesman earlier in his career to brag about his accomplishments, his wealth, and his alleged desirability to famous women.

The Washington Post obtained an audio recording of a 1991 call from a man claiming to be on Trump’s PR team, who responded to a request from People magazine reporter Sue Carswell for a comment on Trump’s divorce from wife Ivana and his increasingly complicated relationship with model Marla Maples:

A recording obtained by The Washington Post captures what New York reporters and editors who covered Trump’s early career experienced in the 1970s, ’80s and ’90s: calls from Trump’s Manhattan office that resulted in conversations with “John Miller” or “John Barron” — public-relations men who sound precisely like Trump himself — who indeed are Trump, masquerading as an unusually helpful and boastful advocate for himself, according to the journalists and several of Trump’s top aides. […]

Within five minutes, Carswell got a return call from Trump’s publicist, a man named John Miller, who immediately jumped into a startlingly frank and detailed explanation of why Trump dumped Maples for the Italian model Carla Bruni. “He really didn’t want to make a commitment,” Miller said. “He’s coming out of a marriage, and he’s starting to do tremendously well financially.”

Miller turned out to be a remarkably forthcoming source — a spokesman with rare insight into the private thoughts and feelings of his client. “Have you met him?” Miller asked the reporter. “He’s a good guy, and he’s not going to hurt anybody. . . . He treated his wife well and . . . he will treat Marla well.”

As Miller, Trump touted his reputation as a playboy, explaining that famous actresses and even the likes of Madonna call him wanting to date him.

Trump using the pseudonyms John Miller and John Barron was a fact well-known among New York journalists at the time. Trump would eventually admit that the call to People was a “joke gone awry.” And prior to that call, in 1990, Trump said of the name ‘John Miller,’ “I believe on occasion I used that name.”

CNN also notes that in the interview with Today, Trump got testy:

“You’re going so low to talk about something that took place 25 years ago whether or not I made a phone call?” Trump said. “Let’s get on to more current subjects.”

More from WaPo on Trump’s history with using pseudonyms to play the role of Trump PR man:

Trump has never been terribly adamant about denying that he often made calls to reporters posing as someone else. From his earliest years in business, he occasionally called reporters using the name “John Barron.”

A “John Baron,” described as a “vice-president of the Trump organization,” appeared in a front-page New York Times article as early as 1980, defending Trump’s decision to destroy sculptures on the facade of the Bonwit Teller department store building, the Fifth Avenue landmark he was demolishing to make way for his Trump Tower. Barron was quoted variously as a “Trump spokesman,” “Trump executive,” or “Trump representative” in New York magazine, The Washington Post and other publications.

Of the 1991 phone interview, Carswell recalls thinking, “It’s so weird that Donald hired someone who sounds just like him.” When Carswell played the tape of the interview for others, including famed New York Post gossip columnist Cindy Adams as well as Marla Maples herself, all identified the voice as Trump’s.

Today, Carswell says of the interview,

“This was so farcical, that he pretended to be his own publicist. Here was this so-called billion-dollar real estate mogul, and he can’t hire his own publicist. It also said something about the control he wanted to keep of the news cycle flowing with this story, and I can’t believe he thought he’d get away with it.”

Listen to the tapes, below: