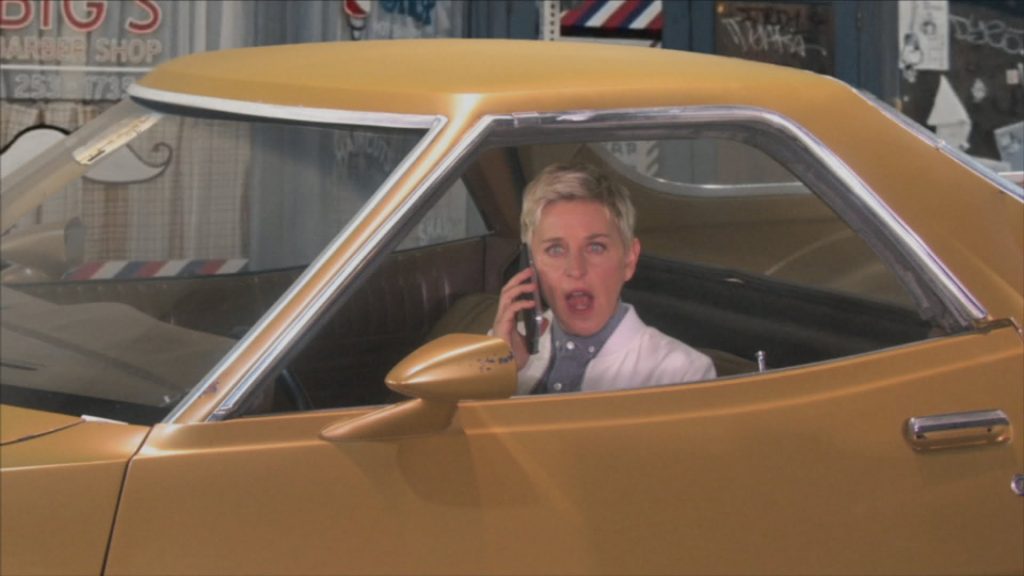 No matter how much you’ve been ‘shipping Beyoncé’s visual album, Lemonade, chances are you missed one very underreported cameo: Ellen DeGeneres.

On Friday, the funny lady shared a new spoof of Lemonade, particularly the song/video “Hold Up”, in which Beyoncé goes on a car-attacking spree spurred by a certain someone’s infidelity. In it, Ellen finds herself in one of the cars that’s in Bey’s path. She also makes a call to a certain Becky, who has been doing amazing things with her lately.

Watch all the way until the end for a surprise cameo, below.

Previous Post: « Megyn Kelly Grills Texas Lt. Gov. Dan Patrick on Transgender Bathroom Rights: ‘Is This a Problem?’ – WATCH
Next Post: Kit Harrington Explains Why He Scratches His Balls Every Time He Sees an Ambulance: WATCH »