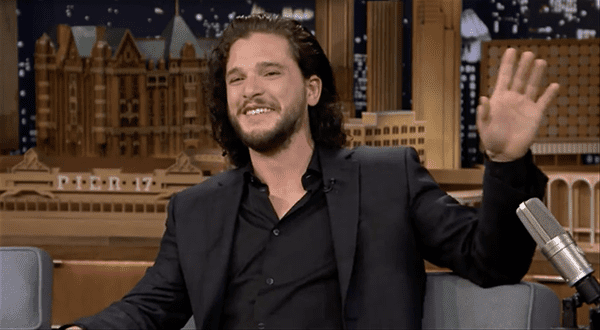 Kit Harrington was on The Tonight Show last night and, it being Friday the 13th, Jimmy Fallon asked Harrington if he has any superstitions. Harrington told Fallon that he has many, and one of them is that he has to scratch his balls every time he sees an ambulance.

In case that leaves you scratching something else (your head), Harrington had an endearing explanation for why he does that. “Apparently it’s good luck for the person inside and I thought, you know, that was a nice thing,” he said. “It’s an Italian tradition, apparently.”

Fallon quickly disabused him of that notion. “It is not an Italian tradition at all. Someone lied to you!” Fallon said.

Watch and see what Kit does with his little finger when Fallon brings out a toy ambulance, below.

Previous Post: « Ellen Made a Cameo in ‘Lemonade’ (and Called Becky with the Good Hair) – WATCH
Next Post: Texas Lt. Gov. Dan Patrick Can’t Explain What Transgender Means, Has a Total Meltdown: WATCH »