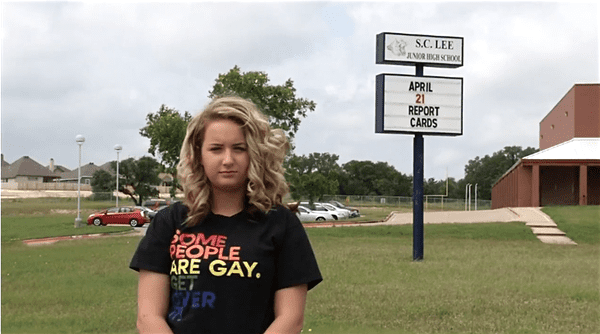 A thirteen-year-old Texas student was sent home by her school after wearing a t-shirt that read, “Some people are gay. Get over it.”

Ali Chaney was told by school administrators that her shirt was “disruptive” to other students. When Chaney refused to change into a school-provided t-shirt, she was sent home.

[Ali’s] mother, Cassie Watson, said Ali called her crying because she felt school leaders were discriminating against her for being gay.

District Spokeswoman Wendy Sledd said of the incident in a statement,

“Our purpose at CCISD is to educate children, first and foremost. According to CCISD’s dress code in the student handbook and code of conduct, clothing that is disruptive to the learning environment based on reactions by other students is prohibited. The student was offered a school shirt to wear and declined.”

Said Chaney of the school’s actions, “It’s just a shirt, and it’s not hurting anybody.” Chaney also said the school does not enforce its policy about ‘disruptive’ clothing equally, noting that a classmate who wore a shirt that said President Obama is a communist Muslim was not forced to change. 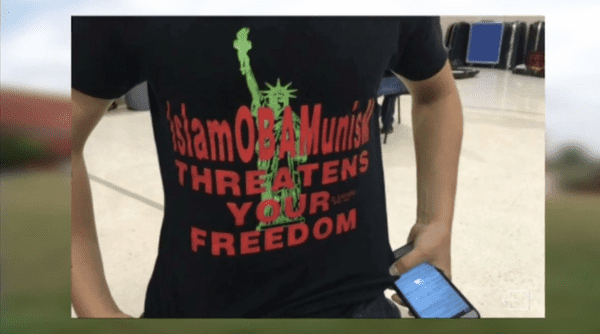 In response, the school district sent a photo of a student wearing a Miley Cyrus t-shirt that they say “demonstrates that the dress code is enforced fairly and equally with every student.”

Watch a news report from NBC news, below.