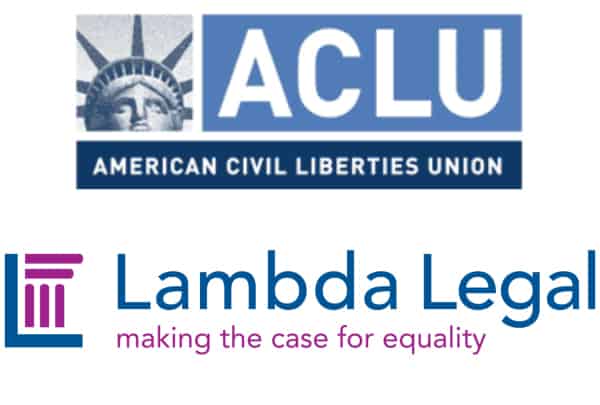 The ACLU, the ACLU of North Carolina and Lambda Legal have filed a lawsuit in federal court against North Carolina’s anti-LGBT bathroom bill, HB 2, requesting that enforcement of the law be halted immediately.

The three organizations and the law firm of Jenner and Block are challenging the law, House Bill 2, on behalf of six LGBT North Carolinians and members of the ACLU of North Carolina. They filed today’s motion for preliminary injunction while the case proceeds through the court system.

“HB 2 is causing ongoing and serious harm to transgender people in North Carolina and must be put on hold while it is reviewed by the court,” said Chris Brook, ACLU of North Carolina legal director. “The Justice Department has made it clear that HB 2 violates federal law. Gov. McCrory and the North Carolina Legislature wrote into state law discrimination against transgender people who just want to be able to use public facilities safely and securely.”

Kyle Palazzolo, Lambda legal staff attorney, said, “Each day that transgender North Carolinians are singled out by this harmful law, whether they are at school, at work, or just moving through their daily lives in society is another day the state is causing irreparable harm to an already vulnerable community. As Attorney General Lynch said this week, ‘none of us can stand by when a state enters the business of legislating identity and insists that a person pretend to be something they are not, or invents a problem that doesn’t exist as a pretext for discrimination and harassment,’ and we couldn’t agree more.”

Last week, U.S. Attorney General Loretta Lynch announced that the Department of Justice would be suing North Carolina and Governor Pat McCrory for violating Title VII of the Civil Rights Act, Title IX, and the Violence Against Women Act.