If you want to #GiveCaptainAmericaABoyfriend or are an LGBT fan of comics hoping for more LGBT representation in comics, you’ll likely enjoy a new video that imagines what would happen if major movie studios portrayed openly LGBT superheroes.

Director Mike Buonaiuto created a video titled #LGBTSuperheroes which urges studios to “stick to the script” when it comes to the sexual identities of some famous superheroes.

Iceman, Mystique, Catwoman & many others are LGBT in the comic books but appear as straight on screen.  It’s time all superheroes were accurately portrayed.

Buonaiuto says that the video was in part inspired by the #GiveCaptainAmericaABoyfriend campaign. 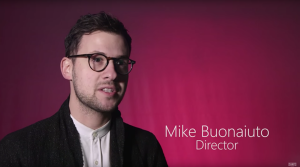 “Growing up I used to love characters like Iceman, Mystique and Catwoman, but never realised they were originally written as LGBT in the comic books and therefore affectively stripped of their sexuality when they hit the big screen.”

“It’s such a shame because when I was ‘coming out’ as, having positive icons and role models of LGBT people in mass media would have be a huge confidence boost to myself and millions of others who look up to characters such as superheroes.”

According to Buonaiuto, video will be physically delivered to Marvel and DC studios wth accompanying web analytics.

Also check out a behind the scenes making of video, below.