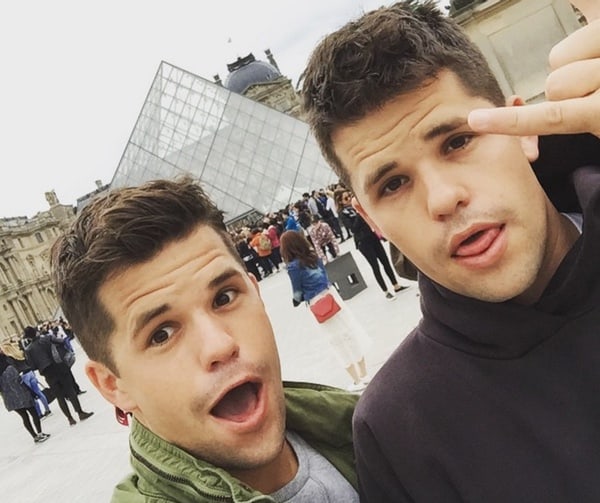 Twin brothers Max and Charlie Carver will be coming to your television together in the new MTV drama Blooms, which they’re co-executive producing with Drew Barrymore, according to The Hollywood Reporter.

The project, included on MTV’s upfront slate, is a crime drama/coming-of-age story of twentysomething twin brothers, Andrew and Elliott Bloom, who learn of one another’s existence upon the murder of their father. In turn, they inherit a hand-crafted secret criminal empire he’s left them — with many strings attached. The immorality, corruption and debauchery of their father’s world is deep, and every time they think they’ve reached the bottom it gets worse. The young men are inexperienced but not innocent, vastly different but in many ways exactly the same, with each missing something in his life that only the other can supply. The Carver brothers will play Andrew and Elliott.

The Carvers were first seen, of course, as children on Desperate Housewives, and then on Teen Wolf and The Leftovers.

Previous Post: « Rachel Maddow Expresses Herself with Anti-Trump Beat Poetry Drum Medley: WATCH
Next Post: Language on the 2016 Campaign Trail: When Candidates Say ‘I Misspoke’, It Might Just Be Lying »