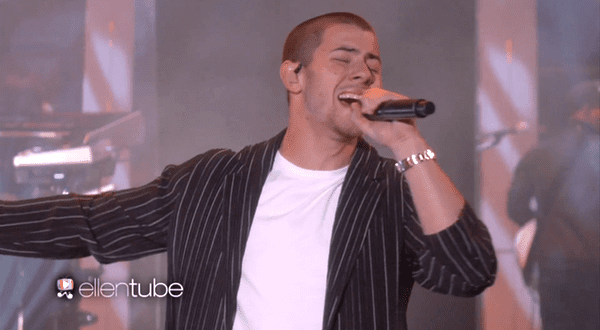 Nick Jonas appeared on The Ellen DeGeneres Show on Monday and gave an impressive performance of his new track, “Close.”

The song, off his upcoming album Last Year Was Complicated, features Tove Lo but Jonas did the song solo while appearing on the daytime talk show.

Watch Jonas show off his pipes, below.

“I really am,” the smooth singer replied. “You don’t believe me?”

“She great,” the Champagne Problems singer said about the actress that he admitted to having “an unbelievable connection” with. “It was great. We had a group dinner the night before the Met Gala with lots of people. And she was there, and I was there. But it was a group.”

You can watch that segment, here: