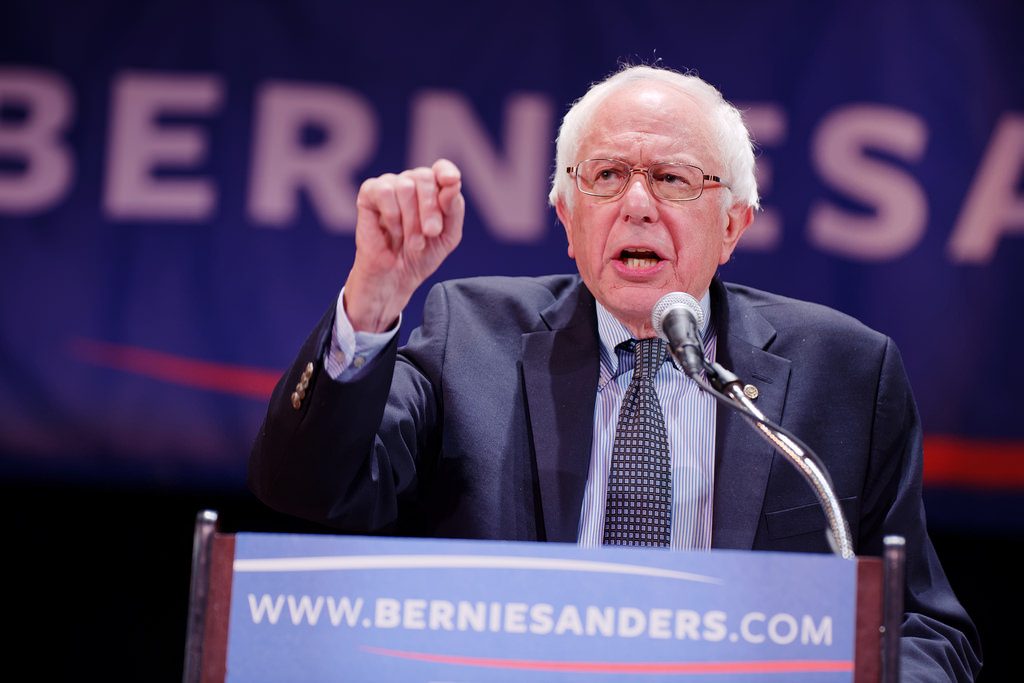 Bernie Sanders has cancelled a meeting with HIV/AIDS activists scheduled for later this week and his campaign has not responded to requests from those activists to reschedule the meeting.

The meeting was scheduled after a coalition of HIV/AIDS activists and activist groups sent letters to both Sanders and Hillary Clinton, asking to meet with them in person to discuss their HIV/AIDS policies. Those letters were sent following Clinton’s remarks praising Nancy Reagan’s “effective, low-key advocacy” on HIV and AIDS, a gaffe she quickly apologized for.

The 30-minute meeting between Sanders and HIV advocates was set for May 13 in Indianapolis. Democratic front-runner Hillary Clinton also agreed to meet the activists, who say they’re are still on track to meet with her Thursday for one hour in New York City. Hilary McQuie, director of U.S. policy and grassroots mobilization for the HIV/AIDS group Health GAP, told the Blade the Sanders campaign cancelled the meeting without explanation. “He did cancel — no reason given and they have not rescheduled,” McQuie said. “We feel a bit burned by the bern, and hope they will answer our emails now.”

HIV/AIDS activist Peter Staley says the campaign was in touch daily regarding the meeting prior to it being cancelled:

“They sent a ‘need to reschedule’ email last Sunday (for our Tuesday meeting), and then bizarrely stopped communications completely after that. We’ve been emailing and calling every day since then, including warning them days ago about our intent to go public.”

A news release from HIV/AIDS activist group Housing Works, an organization dedicated to fighting the dual crisis of HIV and homelessness and one of the signees of the letters to Clinton and Sanders, blasted the Vermont Senator for cancelling the meeting:

The Clinton meeting has been confirmed for several weeks, but the Sanders meeting remains an elusive, moving target. On April 15, the Sanders campaign committed to meeting with 20 HIV leaders during “the first week of May” on a date and location to be decided later. Not until April 29, with only four days’ notice, did Sanders representatives set a 30-minute meeting to take place in Indianapolis on the morning of the May 3rd Indiana primary. Attendees purchased expensive, last-minute airfares, only to be informed two days later, on April 30, that the May 3 meeting was cancelled. Despite another promise to “reschedule” as soon as possible, thus far the Sanders campaign has not proposed a new date, time, or city.

These delays and failures to make good on previous commitments by the Sanders campaign are becoming a growing concern for the 70 HIV/AIDS advocates who signed the mid-March letters to candidates.

Charles King, President and CEO of Housing Works, added of the cancellation,

“This is incredibly disappointing. I have been a supporter of Bernie Sanders, and was proud to vote for him in the New York primary. It is disheartening to see the ‘revolutionary’ candidate who claims to value grassroots organizing and visionary politics not make time in his schedule to meet with us. He is supposed to be the guy who walks the walk, but all we’ve heard the past six weeks is talk—and fairly tepid, reactive talk at that.”