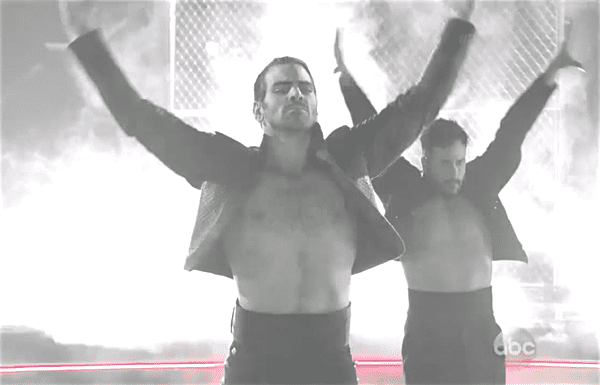 Nyle DiMarco wowed judges and audience members with a performance on this week’s Dancing with the Stars that conveyed what it’s like to dance without sound.

DiMarco, who is deaf, decided that he wanted a portion of his Paso Doble to be done without sound so that the hearing audience could get “insight” into what he experiences when he dances.

“A lot of people have labeled me as the deaf guy who can dance, but I think they don’t really understood how it works, the fact that I can’t hear anything at all, and we thought this would be great opportunity to bring silence into the middle of the song,” DiMarco told PEOPLE after the performance. “Because I don’t hear anything, and I’ve been dancing well. So it’s nice to give them an insight into my world.”

“They tend to see just the final result, and you don’t know what we go through every week to get it to that point. So I think it was a beautiful moment,” said Murgatroyd.

Judge Carrie Ann Inaba was in tears after DiMarco’s performance, saying, “I’ve seen a lot on this show, 22 seasons and I’ve never seen anything like that, that touched me so profoundly. You really are educating us.”

Referring to the silent portion of the dance that involved four other members of the DWTS ‘dance troupe’, judge Bruno Tonioli said, “[It] was like watching five men dancing to the beat of a single heart, connected by the soul.”

Here’s another video which shows an expanded version of the dance and also Nyle as he preps for the performance.