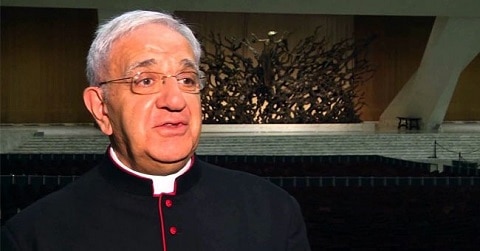 A French priest who has written disparagingly about gay people and acted as a counselor to student and novice priests struggling with their sexuality has been accused of having sex with male clients.

Monsignor Tony Anatrella – who earlier this year told new Bishops they are not obligated to report a suspected abuser to authorities – is still regularly consulted on matters of sexuality by the Vatican.

One of his accusers said that Anatrella engaged in various sex acts with him in the Monsignor’s Paris office, with the activity allegedly occurring up until a few years ago. Daniel Lamarca claims Anatrella said he could rid him of his “pseudo-homosexuality” by performing sex acts.

According to Religion News Service, Lamarca added that although he reported Anatrella to the archbishop of Paris in 2001, nothing was done.

Earlier this month, the Archdiocese of Paris acknowledged that in 2014, the current archbishop of Paris received a written complaint about Anatrella but the church could not pursue the matter because the complaint was made anonymously.

In 2005, Anatrella allegedly helped the Vatican to write guidelines aimed at keeping gay men out of the priesthood.

He wrote an article in the Vatican daily, L’Osservatore Romano, stating that homosexuality was “like an incompleteness and a profound immaturity of human sexuality.” He argued that homosexuality is “a problem in the psychic organization” and said that for theological reasons the Catholic Church can only ordain “men mature in their masculine identity.”

He also provided a list of “warning signs” that that a seminarian is gay. These included students who had trouble relating to their fathers, tended to isolate themselves, viewed themselves as victims and looked at pornography on the Internet.

In February, he organized a conference on priestly celibacy at the Pontifical Gregorian University in Rome.