Writing for the Archdiocese of Washington, Monsignor Charles Pope has finally and categorically explained exactly what is wrong with gay people. 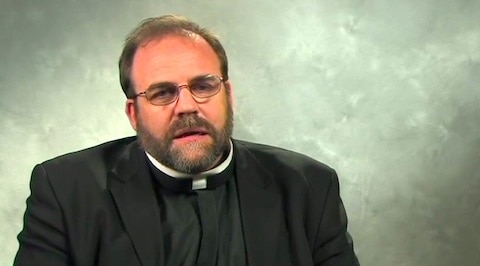 Writing for the Archdiocese of Washington, Monsignor Charles Pope has finally and categorically explained exactly what is wrong with gay people.

According to Pope, “an increasingly nationwide effort to make homosexual acts something to celebrate has gained great ground and sowed serious confusion even among those who describe themselves as Christian and Catholic.” 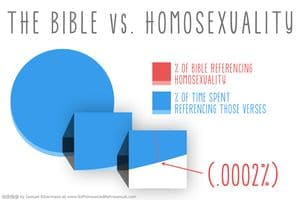 Providing his learned instruction on “what Scripture plainly teaches and why the Church cannot affirm” homosexuality, Pope explains:

“Sexual acts are, by their very nature, ordered to procreation and to the bonding of the mother and father who will raise the children conceived by their sexual intimacy. These ends or purposes have been intrinsically joined by God, and we are not to separate what what God has joined.”

“What some call intolerance or 'hatred' is, for us who believe, rather, a principled stance wherein we see ourselves as unable to overrule the clear and unambiguous teaching of Holy Scripture”

“We do not detest those of same sex-attraction, but we as a Church owe them the same truth we have always proclaimed as coming from God, and out of respect we must hold them to the same standards of chastity by which all must live.” 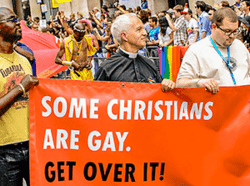 Despite the obvious love for the sinner, you can forget about marriage – it’s just not for you:

“Sadly those of unalterable same-sex attraction have no recourse to marriage. But all of us bear burdens of one sort or another, and not everyone is able to partake in everything life offers. For the sake of holiness, heroic witness is necessary, and many of those with same-sex attraction do live celibately and give admirable witness to the power of grace.”

If you’re still confused, Pope goes on to provide “some selections from Sacred Scripture that clearly teach against homosexual acts,” including the much cited destruction of Sodom and Gomorrah.

And for anyone ridiculous enough to suggest that Jesus never once mentions homosexuality in the bible, Pope reminds us that just because it’s not mentioned doesn’t mean everyone didn’t know it was just wrong: “It was not a disputed matter among the Jews to whom he preached.”

The response on Twitter has been mainly positive although Brian326, who was less than happy with Pope's position, suggested that the cleric should mind his own business.

@MsgrPope @ShareThis I left the church and could care less about it's approval over my same sex relationship. Step off my marriage rights!

Once you’ve been convinced of your sin, Pope also provides a link to Catholic “ex-gay” / abstinence group Courage and even provides some testimonial videos which you can watch – if you can stomach it – AFTER THE JUMP…