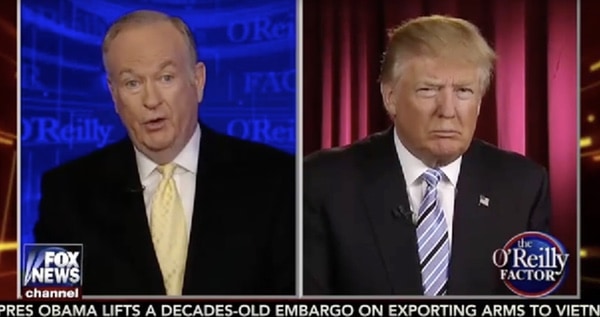 Donald Trump told FOX News host Bill O’Reilly last night that he’s against gender neutral facilities but that transgender people need to be protected, and it should be left to the states.

“Well, it’s not fine, and I would generally speaking leave it to the states to decide. Obama’s getting into a very tricky territory. We have to protect everybody…but this is such a tiny part of our population. I would really leave it up to the states.”

Asked if he has gender neutral facilities in Trump properties, Trump replied: