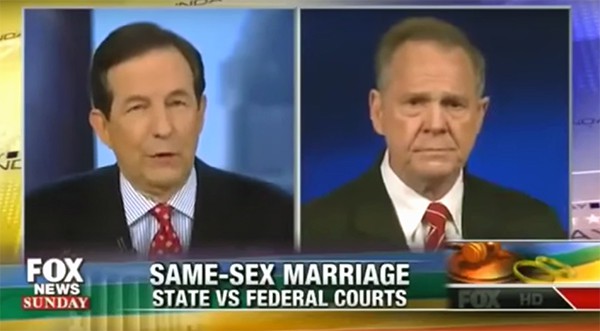 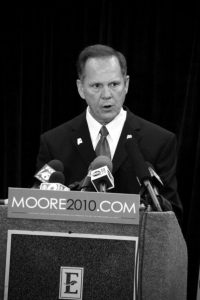 It appears that Alabama Supreme Court Chief Justice Roy Moore, whose unconstitutional opposition to same-sex marriage led to his suspension and possible removal from his position has finally lost the war.

Even though the U.S. Supreme Court ruled last year that same-sex unions were a constitutional right, Moore insisted that Obergefell v. Hodges wasn’t binding in Alabama and instructed probate judges to ignore those higher courts orders and refuse to issue licenses to same-sex couples.

The Southern Poverty Law Center (SPLC), a non-profit legal advocacy organization, filed complaints with the Alabama Judicial Inquiry Commission, which then forwarded six charges of ethical violations to the Alabama Court of the Judiciary.

Moore had until June 7 (30 days) to respond, but last week, Michael Joiner, chief judge of the Court of the Judiciary, agreed to a 14-day extension for Moore to file his response.

Tuesday, the Human Rights Campaign posted a letter on its website condemning the 2-week extension given to Justice Moore’: “Roy Moore has repeatedly used his authority to discriminate against LGBTQ people and their families, and this latest stall tactic continues his reckless pattern of delaying justice and skirting the law at every opportunity,” said Eva Walton Kendrick, HRC Alabama State Manager. “This extension does not change the facts — Moore is unfit to serve on the court, and we look forward to the day he is permanently removed.”

The SPLC tweeted about the victory early Thursday: