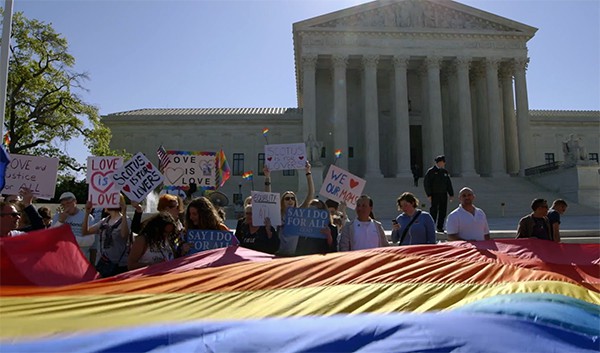 It’s a beautiful thing when an advocacy group has to close its doors because it has achieved its goal. And it’s not at all common. Evan Wolfson is one of the few lucky people who can tell us what that feels like.

Wolfson was the founder and president of the now-defunct Freedom to Marry organization whose goal was to legalize same-sex marriage. After a hard-fought 32-year battle, his mission was accomplished: “The campaign I lead — led! — has now succeeded and will close its doors,” Wolfson wrote in the New York Times, on the day of the U.S. Supreme Court’s decision that made same-sex marriages a reality, 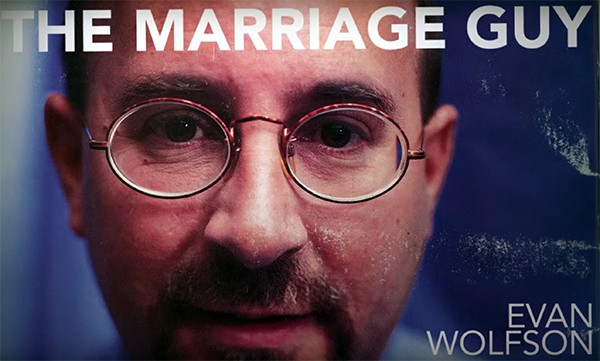 The mastermind of marriage equality dedicated his entire career to the cause. In 1983, when he was on his third year at Harvard Law School he wrote a paper entitled ‘Same Sex Marriage and Morality: The Human Rights Vision of the Constitution’ explaining how the LGBT community could achieve marriage equality. He only got a B then, but in three decades, he’d change the world as we know it.

Now, as the country gets ready to celebrate the first anniversary of the biggest gay rights ruling ever in American history, you can see how the unbelievable journey went down with the world premiere of ‘The Freedom to Marry’ at the Frameline Film Festival on June 25.

Directed by Wolfson’s childhood friend filmmaker Eddie Rosenstein, the film is a War Room-style feature documentary about the same-sex marriage movement, from the final frenetic months of the legal and grassroots campaign. It also profiles Civil Rights Attorney Mary Bonauto, who had never argued in the Supreme Court before. 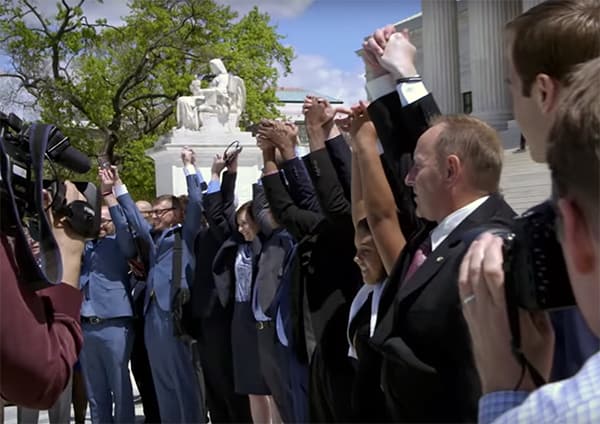 In the words of Evan Wolfson, via joemygod:

“The Freedom to Marry” film captures the behind-the-scenes story of how our movement – from same-sex couples in Kentucky to loving parents in Texas to funders and organizations from California to Maine who dug down and did the work – transformed a “preposterous notion” into one of the most successful civil rights campaigns in history.

In “The Freedom to Marry”, you’ll hear firsthand from April DeBoer & Jayne Rowse – two of the courageous plaintiffs who took the fight for the dignity of their family and children all the way to the Supreme Court. You’ll have a front-row seat as our movement’s litigators, including the indomitable Mary Bonauto, prepare to stand before the nine justices of the Supreme Court to make the case for marriage. And you’ll see my cherished Freedom to Marry team criss-crossing the country, working with organizations and allies to rack up the building-block wins and create the climate that allowed for victory.

Check out the trailer below:

The world premiere of ‘The Freedom to Marry’ is on June 25 at 1:15pm at the San Francisco’s Castro Theatre. Director Eddie Rosenstein, Producer Jenni Olson, and Mr. Marriage himself, Evan Wolfson are expected to attend. You can get your tickets here.

And thank you, Evan, from the bottom of our hearts.