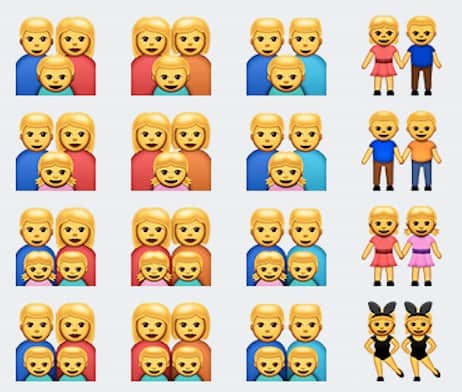 Sorry haters, but America is getting gayer — and more accepting of same-sex activities.

And it looks like the “B” in LGBTQ has played a major role in the change, according to data from the General Social Survey, an annual survey of almost 34,000 American adults conducted by the NORC at the University of Chicago.

A team of social scientists from three different American universities analyzed the prevalence of men who have sex with men and women who have sex with women, as well as the acceptance of such behavior nationally, from 1972 to 2014. The change they noticed was dramatic: the percentage of adults who believed that same-sex activity was “not wrong at all” went from 11 percent in 1973, to 13 percent in 1990. By 2014, that number had jumped to 49 percent.

According to the study, called Changes in American Adults’ Reported Same-Sex Sexual Experiences and Attitudes, 1973–2014 and published Wednesday in the journal Archives of Sexual Behavior, “the number of U.S. adults who had at least one same-sex partner since age 18 doubled between the early 1990s and early 2010s (from 3.6 to 8.7 % for women and from 4.5 to 8.2 % for men). Bisexual behavior (having sex with both male and female partners) increased from 3.1 to 7.7 %, accounting for much of the rise, with little consistent change in those having sex exclusively with same-sex partners.”

“Millennials are markedly more accepting of same-sex behavior than Gen Xers were at the same age — but then, so are most adults,” co-author Ryne Sherman of Florida Atlantic University said in a statement. “The change is primarily one of time period, where all adults shifted in their attitudes.”

“That’s what I found surprising,” Twenge told The Post. “When we looked more closely at the change, it was mostly due to people having sex with partners of both genders.”