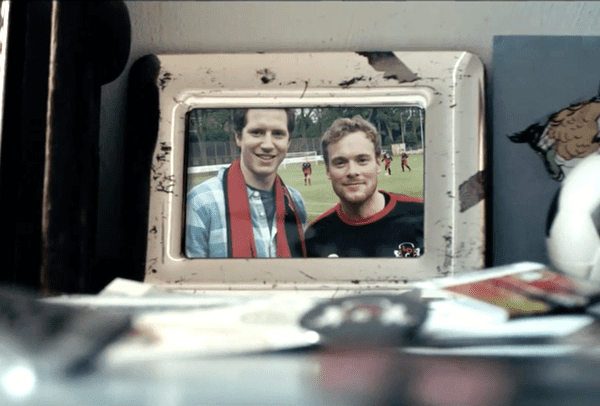 A new ad for Germany’s high speed rail celebrates the company’s 25th anniversary with a moving story about a gay soccer player and his boyfriend who goes to great lengths to support him.

The ad was created for rail line Deutsche Bahn and centers on the ICE, or InterCity Express train, which connects all major cities in Germany. Posted on Wednesday, the video shows one man traveling around Germany to see a soccer star at various matches, often finding himself surrounded by rival fans. At the end of the video, we see that the two are in fact boyfriends. They share a warm embrace and hold hands at a train station as they walk off into the distance.

Franzi Heusel, CEO Advertising agency BBDO, the agency who created the ad, said, “The film is a cinematic love letter.” The company added that their goal was to create “a film that shows an unusual and surprising love story.” The tagline shown in the video translates to, “Connecting more than A and B.”