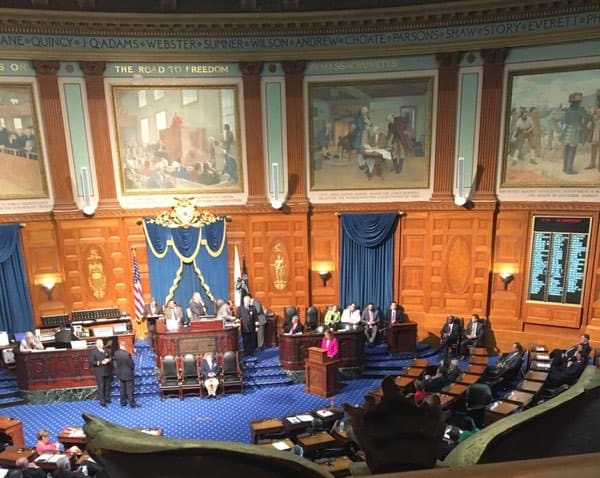 The Massachusetts House of Representatives on Wednesday passed a bill that would protect transgender citizens from discrimination in areas of public accommodation, including bathrooms and changing rooms.

The legislation (H 4343) passed by a vote of 116 to 36. The margin was wide enough to make the vote veto-proof. The bill was not passed purely on party lines, with 12 Democrats voting against and 8 Republicans voting in favor.

The state Senate has approved a similar measure and Governor Charlie Baker (R) has signaled he would sign such a bill.

The move in Massachusetts comes in stark contrast to votes in legislatures around the nation that have advanced anti-transgender bills.

The vote capped a long journey for proponents of the bill who were unsuccessful in advancing the legislation over an eight-year period when the State House was entirely controlled by Democrats.

Rep. John Fernandes, the House chairman of the Judiciary Committee, kicked off the emotional day of debate at the State House by calling public accommodations the “bedrock” of anti-discrimination and a natural extension of the 2011 law that protected transgender individuals from discrimination in the workplace and housing.

“You can’t tell people it’s OK to work at the diner, but it’s not to sit at the lunch counter. We learned that a long time ago,” Fernandes said.

With proponents and opponents of the bill crowding two floors of the State House outside the House chamber, lawmakers engaged in a lengthy back-and-forth over the controversial measure. In the hallways, opponents brought by the Massachusetts Family Institute chanted, “No,” while supporters in the House gallery applauded each opening speech in support of the bill. The debate drew more people to the State House that any other issue this session as many watched on television screens set up outside the chamber as overflow viewing areas.

Watch video of the moment the bill was passed, below.

The gallery erupted in cheers moments after the vote. Very happy ending to a long day. #TransBillMA pic.twitter.com/YL9om7tZNY