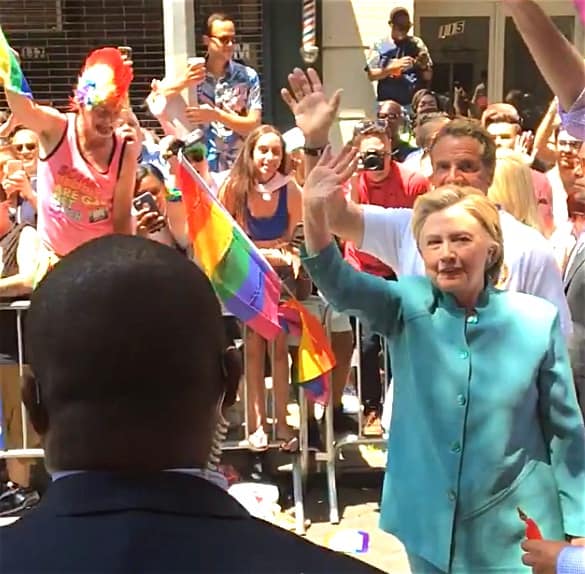 It was the first time a presumptive presidential nominee from any major party has marched in the parade.

And some additional video:

The parade also featured Gays Against Guns (GAG) a group formed in the wake of the Orlando massacre which took the lives of 49 people at the LGBT nightclub Pulse on June 12.

The group held a “die-in” while marching down Fifth Avenue and were followed by veiled marchers holding photographs of the 49 victims of the shooting.

Police provided increased security for this year’s parade, but they also took part in it, and accompanying their contingent was a patrol SUV painted in rainbow logos which featured a message of solidarity for the victims in Orlando.