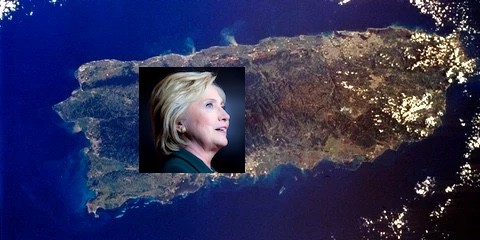 Hillary Clinton has won the Puerto Rico Democratic primary ahead of a major showdown in California on Tuesday.

Two days before Tuesday’s primaries in California and five other states, Mr. Sanders repeated his pledge not to concede even if Mrs. Clinton acquires enough delegates to reach 2,383, the threshold for securing the nomination.

A win in California is critical to Mr. Sanders’s plan to stay in the race through the convention and would give him a significant lift.

But with her victory in the Puerto Rico primary on Sunday, Mrs. Clinton is only 28 delegates short of the threshold and will most likely declare victory on Tuesday.

Mr. Sanders, however, insists that the convention will be contested because he is still lobbying superdelegates — party officials and state leaders who cast their final votes at the convention — to withdraw support from Mrs. Clinton and back him instead.

Clinton’s appearance on State of the Union Sunday.