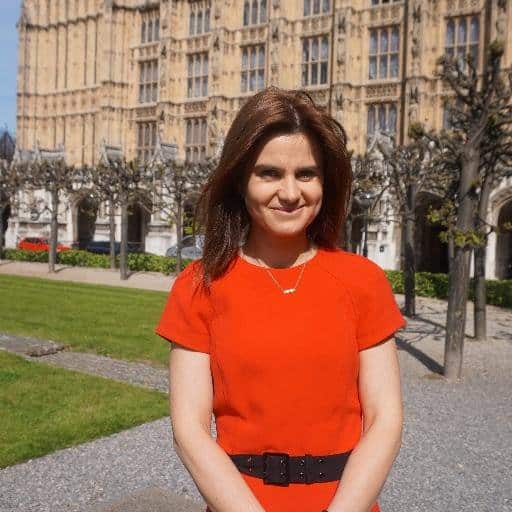 UK member of parliament and LGBT ally Jo Cox has died from her injuries after being brutally stabbed and shot during a meeting in her constituency on Thursday.

Police shared news of Cox’s death at a news conference.

According to ITV correspondent Rupert Evelyn, police “have recovered some weapons” and are not looking for anyone else in connection with the incident.

The 41-year-old politician, who was married with two young daughters, was also kicked and left lying bleeding on the pavement in Birstall, near Leeds, following the attack, an eyewitness said.

A second witness reported three shots, including one “round the head area”.

A 52-year-old man has been arrested in the area following the attack. He has been named locally as Tommy Mair, who neighbours described as a “loner”.

Sky News adds that Cox was dead by the time she arrived in hospital.

More on the attack, via the BBC:

Cafe owner Clarke Rothwell, who witnessed the attack, said he heard a “loud popping noise that sounded like a balloon burst – a loud balloon”.

“When I looked round there’s a man stood there in his 50s with a white baseball cap on and a jacket with a gun, an old fashioned looking gun in his hand,” he said.

“He shot this lady once and then he shot her again, he fell to the floor, leant over shot her once more in the face area.

“Somebody tried to grab him, wrestling with him and then he wielded a knife, like a hunting knife, just started lunging at her with a knife half a dozen times. People were screaming and running from the area”.

The Manchester Evening News reports that Cox’s killer shouted, “Britain first!” as he attacked her. Police have not been able to confirm that report. Cox was in favor of Britain remaining in the EU ahead of the upcoming Brexit vote.

Cox was a stalwart supporter of LGBT rights. Cox called on the government “to take further steps to end discrimination and bigotry against LGBT people in the UK and around the world”.

Prime Minister David Cameron mourned Cox’s death, writing on Twitter, “The death of Jo Cox is a tragedy. She was a committed and caring MP. My thoughts are with her husband Brendan and her two young children.”

The death of Jo Cox is a tragedy. She was a committed and caring MP. My thoughts are with her husband Brendan and her two young children.

Cox’s husband, Brendan Cox, shared a photo of Jo on Twitter without caption on Thursday.