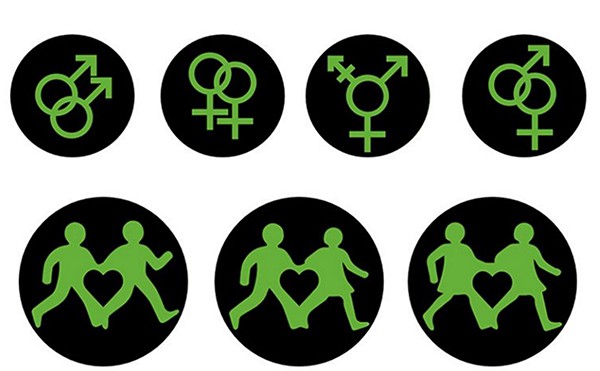 Around fifty pedestrian traffic lights around Trafalgar Square in Westminster, London will help residents celebrate LGBTQ diversity in preparation for the Pride in London parade on June 25.

Thank you @Siemens_Traffic for getting my designs made up so quickly. https://t.co/MiqNMNpULh

Thanks to @MartynLoukes for giving me the chance work with on something I care so much about. https://t.co/h8zMXi0A8I

The lights are also a way to tell the world that London still stands in solidarity with Orlando: “Our thoughts and prayers are of course still with the families and friends of the victims of the hideous recent attack in Orlando,” he said in a press release. “These new signals show that we stand shoulder to shoulder with them and display the tolerance and celebration of difference in our city.”

Mayor Khan hopes that the gesture will make members of the LGBT+ London community feel proud of who they are: “One of the greatest things about this city is our differences and every Londoner should be proud of who they are. I am very proud of our LGBT+ community here and I am looking forward to working closely with them as their Mayor,” said the recently elected Khan.

OUTBound Chair Martyn Loukes said that the gesture “illustrates TfL’s support for the LGBT+ community and London’s diverse population. I am proud, as a gay Londoner that we are unveiling this now following the recent tragic events in Orlando and our thoughts are with all those affected.”

Pride in London’s director Alison Camps agreed: “It’s fantastic that London is a city so keen to celebrate Pride that even traffic lights can be used. This small symbol is a big gesture from the Mayor of London and TfL, and we’re delighted to have their support. For many people acceptance and tolerance is a luxury they don’t have, and these lights are another display of how welcoming and accepting London is.

Check out the lights in action below:

Thanks to @Siemens_Traffic who installed these new diversity traffic signals for free #nofilter #lovewins @TfLLGBT pic.twitter.com/yVX0yKOOwD

Hats off to @rorysvensson for designing our new diversity traffic signals pic.twitter.com/KFnLha7kk3