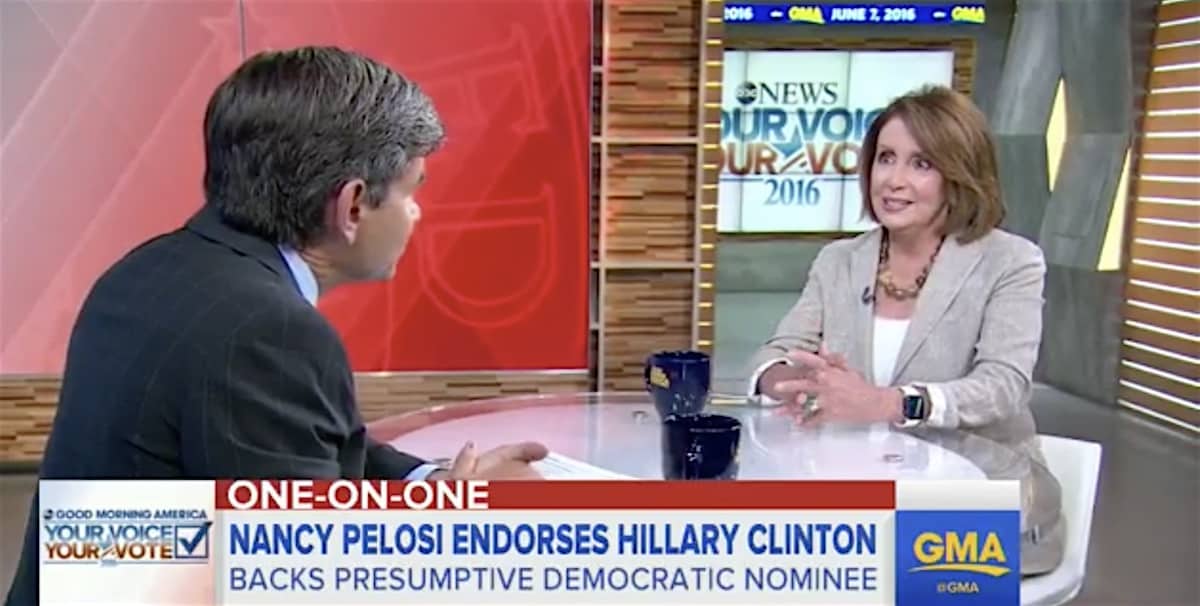 Said Pelosi: “I’m a voter in California and I have voted for Hillary Clinton for president of the United States and proud to endorse her for that position.”

Pelosi added: “I believe that she will walk into that Oval Office one of the best-prepared people to do so in our country’s history, however, it’s because she’s the best not because she’s a woman.”

Pelosi said she believes Sanders will be a constructive force before the Democratic convention in Philadelphia.

“Bernie knows better than anyone what’s on the line in the election and that we at some point have to unify as we go forward,” she said. “He wants to influence the platform. I think that’s fine.”

Pelosi also responded to a question about the prospect of Massachusetts Sen. Elizabeth Warren’s joining the Clinton ticket.

“We’ve had two men over and over again for hundreds of years,” she told Stephanopoulos. “I think that two women, whoever they may be, that would be fabulous as well, but Hillary Clinton will choose the person that she feels most comfortable with.”

WATCH: @NancyPelosi tells @GMA she voted for @HillaryClinton in the #CAPrimary and is "proud to endorse her" https://t.co/ETTi85qA8Z