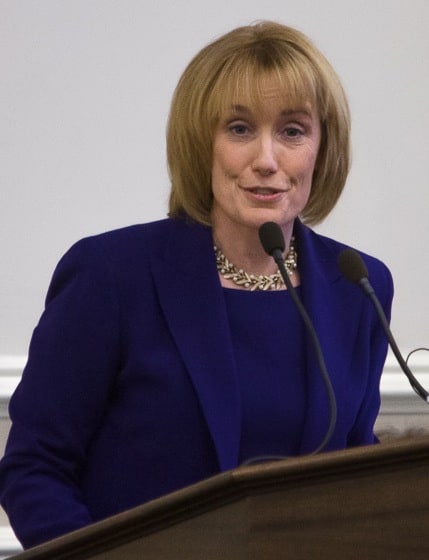 New Hampshire Governor Maggie Hassan on Thursday signed an executive order banning the state from discriminating against its employees on the basis of gender identity and gender expression.

The order also applies to the administration of state programs and state contracts.

According to Hassan’s office, existing anti-discrimination policies protect the state’s transgender employees from being discriminated against on the basis of gender.

Said Hassan in a statement,

“Throughout our history, it has been clear time and again that we always grow stronger when we work to ensure the full inclusion of all citizens in our democracy, our economy and our communities,” Governor Hassan said. “By making clear that gender identity and gender expression are protected in the State’s anti-discrimination policies, this Executive Order helps ensure that New Hampshire state government welcomes and incorporates the talents and contributions of all of our citizens. As we celebrate Pride Month, this Executive Order reinforces that New Hampshire is a welcoming state where everyone has the opportunity to share in our high quality of life and economic success.”

Of the effect of Hassan’s order, her office said in a statement,

In addition to making clear that gender identity and gender expression are included in the State’s anti-discrimination policies and provisions, the Governor’s Executive Order requires state agencies to review and revise their policies as necessary to ensure that they do not discriminate on the basis of gender identity or gender expression; the Department of Justice and the Department of Administrative Service to review and revise state contract language to include protections against discrimination on the basis of gender identity and gender expression; and the Division of Personnel to provide guidance to state agencies in implementing the Executive Order by September 15, 2016, and propose rules changes as necessary.

You can read the full text of the executive order HERE.