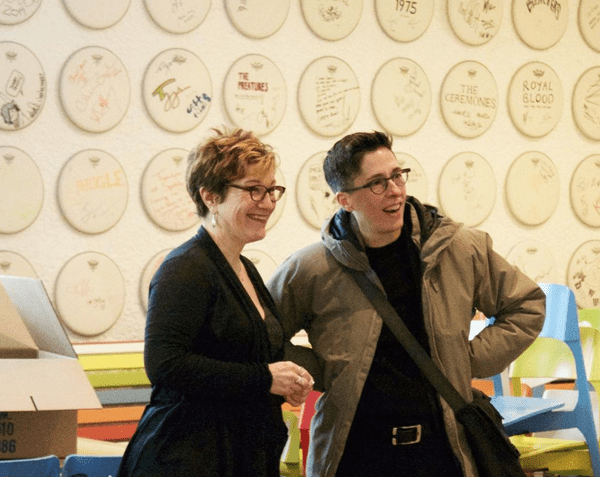 It’s been just over a year since Broadway musical Fun Home swept the Tonys with 5 wins for Best Musical, Best Actor, Best Director, Best Score and Best Book. The show, the first ever Broadway musical to feature a lesbian protagonist, is the autobiographical tale originally written as a graphic novel by Alison Bechdel about her life growing up as the gay daughter of a closeted father who ran a funeral (aka ‘fun’) home. 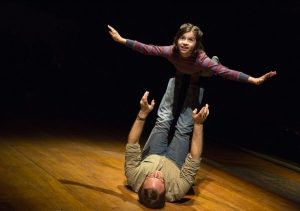 We recently spoke with Tony-winning writer and actress Lisa Kron who adapted Bechdel’s graphic novel for the stage.

Kron said that one of the tasks the musical accomplishes is that it presents a “self-evident humanity of queer people.” In other words, Fun Home treats queer people as “fully human” and makes them “legible” to people who might not be familiar with the LGBT community.

“It’s human nature to erase the humanity of people not like ourselves,” Kron said. And yet, theatre can counter that impulse–if people act up and speak out, that is. Kron explained, “People often feel the right things. Whether they’re willing to actually change behavior or structures of power or legislation or dislodge the status quo, that’s a really different thing.”

For Kron, theatre is more “a tool of empathy” than it is a political tool. When a play succeeds in evoking empathy from its audience, however, then it can “be potent in a specific political moment,” she says.

Check out more from our interview with Kron in which we discuss Fun Home‘s continued relevance as a queer piece of art, the role of theatre in the wake of tragedies such as the Orlando massacre, and the show’s famous visit from U.S. Ambassador to the U.N., Samantha Power, who brought along some of her powerful friends at the U.N., below.

TLRD: What reactions do you get over and over again from people who have seen Fun Home?

LK: I think what any artist wants to make and what I think we hoped we made is something that in it’s specificity is universal. I’ve said this many times that people would come up to me very moved by the show and, meaning to say something very complimentary to me, they would say, “This story is so much bigger than a story about a lesbian.” I would always think, “This is exactly the size of a story about a lesbian.” In that way I’ve always been wary of that word, universal, because it often gets used in a way that implies a discomfort with the queerness of the show. The queerness of the show is central to the show. Out of that is built the thing that I think people from all sorts of life experiences have an emotional connection to.

We’re very fortunate in the show in that it coincided with a very specific cultural and political moment in this country. How that affected the feeling in the theater, the immediacy of feeling and the specificity of feeling in audiences, potentially to some small effect maybe allowed some people to have a more humanized and nuanced idea in their heads about the interior lives of gay people.

TLRD: A lot of your work has dealt with trauma and tragedy in different ways. How do you feel about the connection between the tragedies that queer people have endured up to and including the Orlando massacre and how art such as Fun Home can connect to that. Can art heal?

LK: I don’t think I could presume, particularly at this moment but really ever to claim the power to heal that kind of loss. I think art cannot fix what happened in Orlando, and it cannot bring back the dead. It cannot take away pain, but it can be a place where people can gather together and it’s a container for that which cannot be understood. It’s a place to hold it.

There’s a tragedy in the middle of Fun Home. There’s a suicide in it. I think for people in Orlando who might come to see it…I’m going to go briefly back to this other story that I wasn’t going to tell.

My friend is a Unitarian minister. Her best, best, best friend died of AIDS twenty years ago. After that she became a minister, Unitarian minister and she was in the part of her studies where she was on hospital rounds. She didn’t really like being in the hospital too much, but it was part of her job to go be the chaplain. This one day she walks into the hospital, this is in Connecticut and the minister who was leaving, the chaplain was just basically running out with a traumatized look on his face.

She was like, “What happened?” Then it turned out that there had been this robbery in a jewelry store and there was a woman who was in the chapel because her boss had been shot and apparently been killed.

It just brought back everything about [her friend]. What came out of her mouth was, “I’m going to say this to you. I lost my best friend too, and this is what I want to say to you. It just sucks and it never gets any better.” Then she said in her mind she was thinking, “Bad minister, bad minister, bad minister.” She said the woman just threw her arms around her and said, “Thank you, thank you, thank you. I just needed somebody to say that to me.”

I think everyone [in the company] feels that they would like to give the community Orlando whatever we have to offer for whatever that’s worth. 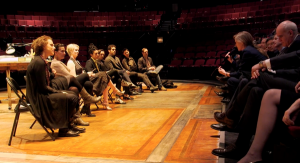 TLRD: What was your reaction to Samantha Power attending Fun Home and bringing delegates from the U.N. with her?

I mean, I loved it. I thought it was so bold. I love that she’s not afraid of that issue. We were fascinated, thrilled, honored. I don’t know. Political change, as you know, is a grinding process. Seeing Fun Home was one tiny piece of an on going incredibly nuanced and effortful, long term campaign to change these things. Having those people there and listening to their reactions was amazing.

We had a talk back afterwards and the emotional reactions that [the audience had] is, I’m sure, in large part due to Jeanine Tesori’s exquisite score which just works on the highest levels that music can operate. An audience member is defenseless against it. It is designed to open people’s hearts.

PREVIOUSLY: 10 Reasons Why ‘Fun Home’ Should Be on Everyone’s Broadway Bucket List