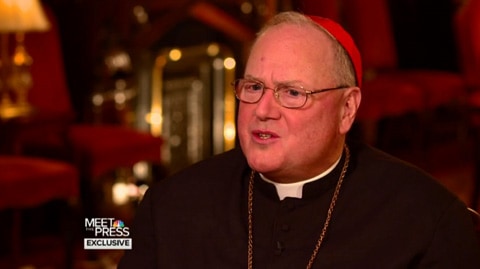 The Catholic church has spent more than $2 million on lobbying in an effort to block a bill that would make it easier for child sex abuse victims to seek justice.

The church has argued that opening a one-year window to revive old cases could could lead to bankruptcy. Along with the Catholic church, some Orthodox Jewish groups and other private entities have opposed legislation by Assemblywoman Margaret Markey and Senator Brad Hoylman that would eliminate the time limit prohibiting adults bringing civil cases after their 23rd birthdays.

Timothy Cardinal Dolan ripped for delaying talk on child sex abuse It is clear that dolan doesn’t give a “F” ! https://t.co/XSaTtaFqSx

According to NYC Daily News, Melanie Blow, chief operations officer of the Stop Abuse Campaign said “They are willing to spend limitless money in order to basically keep bad guys from being accountable for their actions. I think they’re doing it because they don’t want to have to pay out settlements.”

Kathryn Robb, an advocate and abuse survivor added “If they need to spend that much money on lobbying, clearly, then, they have some pretty big secrets to hide.”

Spokesman Dennis Poust said “the Catholic Conference lobbies on many issues, from assisted suicide to farm worker rights to school choice to criminal justice reform…it is all a matter of public record. We have no further comment beyond that.”