Turning and turning in the widening gyre
The falcon cannot hear the falconer;
Things fall apart; the centre cannot hold;
Mere anarchy is loosed upon the world,
The blood-dimmed tide is loosed, and everywhere
The ceremony of innocence is drowned.
The best lack all conviction, while the worst
Are full of passionate intensity.

From “The Second Coming” by William Butler Yeats

Not since June 24, 1973 when a madman fire-bombed the UpStairs Lounge in New Orleans has the LGBT community suffered such slaughter at the hands of hate. On that horrible day, 43 years ago, 32 of our own were burned to death. No one was ever charged or punished for that crime. Ever since, unfortunately, random violence has shadowed our journey to freedom. Over a dozen MCC churches have been burned to the ground. Every one of us knows someone who has been gay-bashed. Many have been beaten so badly that they never regain their ability to function in the world. None of us will ever forget Matthew Shepard crucified on a fence in the barren and desolate prairie of Wyoming. 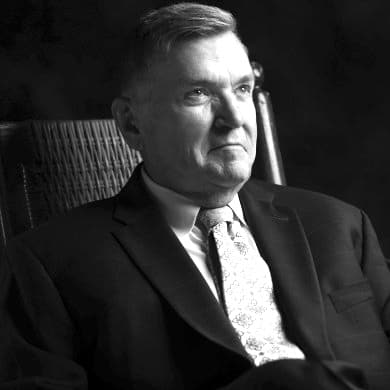 For the LGBT community, the news that terrorists aim to kill us is certainly not new. We have recoiled time and time again as videos show our brothers and sisters in the Middle East stoned to death or hurled off the tops of buildings. In Africa we see members of our community burned to death encased in the infamous ‘neckless’ (a burning tire around their neck). A generation of us witnessed first hand as our brothers endured a prolonged and brutal death from AIDS while our own government turned its back on us. American preachers have called for the death sentence for LGBT Americans and dispatched missionaries overseas to urge third world nations to inflict hate and violence on their own LGBT citizens.

For the most part we have suffered all this amid the silence of others; it has almost become a way of life for us. The lack of outrage or even coverage of the repression and terror directed toward us from the media is striking. Also, the fact that thirteen nations have the death penalty simply for being homosexual — and many of them are American allies. As ACT UP said so eloquently, silence really does equal death.

Now another place, another name has joined the long list: Pulse. Ironically the name of the Orlando bar is the means to ascertain if a person is still alive.

Oh yes, we are still alive. They have not invented a bullet, a gun or firebomb that can come close to murdering our spirit or our determination to be free. For every one of our fallen there are ten to take their place.

The slaughterhouse in Orlando hits close to home. I have spoken there at a community event. Every city in America has a bar like Pulse. We have all danced to the same music! We all know it can happen anywhere, anytime in our community. We are all always at risk.

President Obama rightly called the slaughter in Orlando both a terrorist act and a hate crime. The two can’t be separated.

Let’s be honest. Not only was this twisted terrorist inspired by ISIS; he had plenty of permission here in America to hate us.

There are precincts of American politics filled with rhetoric against our community, our rights, our very being. Pastors advocate hate from their pulpits and legislation is submitted and enacted to demean us and sanction anti-LGBT discrimination. There are states passing laws to permit our fellow citizens to deny us a meal in a restaurant, a place to sleep at night, or even access to a restroom. Do these agents of bigotry really believe their cynical fear-mongering and attempts to write hate into the stature books did not contribute to the massacre at Pulse? Really?

What can we do in the face of such horror?

For years to come and without question we will have to continue fighting our oppressors in the streets and at the ballot box. We cannot rest until every hate-filled law is overturned. The best memorial to the dead of Orlando is a new birth of freedom.

In the short term, many of the killed or injured are poor and they and their families need our financial assistance. Equality Florida has established a “Go Fund Me” page for us to help pay for funerals and medical expenses.

The LGBT community in Texas — and all decent citizens –have a special obligation and that is to remove Lt. Governor Patrick from office for his hateful tweet: “You reap what you sow.” He dishonors his office and America.

The Republican Party must stop exploiting gay-baiting as a tool to turn out their base.

Finally, we must stand tall, proud and open. All of us are sickened and angered by the mass execution of our brothers and sisters, but we are not bowed and not defeated. Never!