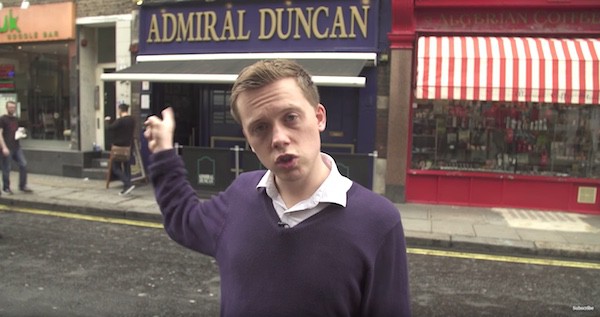 Gay Guardian journalist Owen Jones, who stormed off Sky News earlier this week after his co-hosts refused to acknowledge that LGBT people were targeted in the Orlando massacre, posted a passionate follow-up video talking about the attacks.

The terrorists who carried out America’s worst ever shooting iin Orlando will fail just as a neo-Nazi terrorist did 17 years ago in London when he detonated a nail bomb outside the Admiral Duncan pub. The LGBT community will mourn, will cry and will rage but ultimately we will win and the love of LGBT people all over this planet will burn even brighter because of what he did.