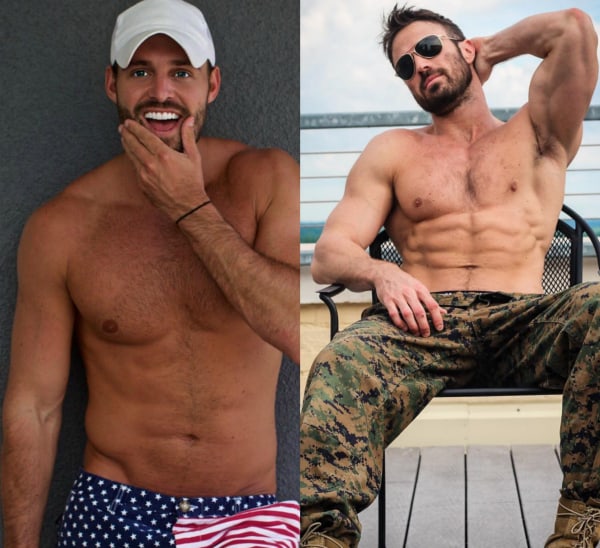 A former contestant on this season of The Bachelorette has accused one of this season’s finalists of being secretly gay and faking interest in women for reality TV fame.

Chad Johnson (above, right) was one of the male suitors vying for the heart of bachelorette JoJo Fletcher. However, after being eliminated on June 7, Johnson has taken to trash-talking the other guys on the show. His biggest beef to date is with final four contestant Robby Hayes.

In Johnson’s latest assault on Hayes, he tweeted during Monday’s episode that Hayes is only “pretending” to like women so he can be on the show. Said Johnson, “If I have to watch @RobbyHHayes pretend to like women for one more second on #TheBachelorette, I’m gonna blow my head off.”

Hayes responded, “Been waiting for you to do that #mrirrelevant.”

More on the boys’ feud via Us Weekly:

This continues an ongoing feud between the pair. Last month, Johnson posted pics to Instagram of himself kissing Hayes’ ex-girlfriend Hope Higginbotham.

“A great girl like her deserves so much better than someone who lies, cheats and ends a four-year long relationship in order to pursue fame on a TV show,” Johnson captioned the post. “You’re amazing, I miss you already.”

Hayes responded to that barb as well, writing on Twitter, “That moment your ex and the ‘villain’ work together to spread lies about you. Ever hear of slander?”

That moment your ex and the "villain" work together to spread lies about you. Ever hear of slander?

Watch a video of Robby playing truth or dare with JoJo–which ends with him running through the halls of a hotel in his undies–below.

And watch an ABC News profile on Chad, here: