FREDDIE GRAY. Prosecutors drop charges against remaining officers in death of Freddie Gray: “Officers Garrett Miller and Alicia White were awaiting trial over the death of Gray, a black man, on April 19, 2015, a week after he suffered a spinal injury sometime during a police van ride.” 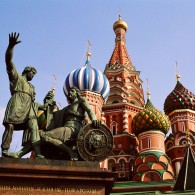 DNC HACK. Kremlin says hacking allegations are “made-up horror stories.” “Moscow is at pains to avoid any words that could be interpreted as direct or indirect interference in the election process,” Kremlin spokesman Dmitry Peskov told a conference call with reporters. “… We see that the Russian card is in the red corner on the writing table of all Washington politicians during the election campaign, and that very often they make it a trump card in their game.”

PAUL MANAFORT. Trump has no investments in Russia, but won’t prove it by releasing taxes.

BILL O’REILLY. Fact checking Michelle Obama.”Slaves that worked there were well-fed and had decent lodgings provided by the government, which stopped hiring slave labor in 1802,” he said. “However the feds did not forbid subcontractors from using slave labor. So Michelle Obama is essentially correct in citing slaves as builders of the White House, but there were others working as well. Got it?” 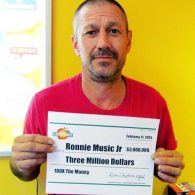 FACING THE MUSIC. $3 million dollar lottery winner invested the money in a crystal meth ring: “[Ronnie Music Jr] “decided to test his luck by sinking millions of dollars of lottery winnings into the purchase and sale of crystal meth,” U.S. Attorney Ed Tarver said in a statement. “As a result of his unsound investment strategy, Music now faces decades in a federal prison.”

ABOUT TIME. Transgender to be removed from mental disorder list: “New evidence published in the Lancet Psychiatry journal on Tuesday supports no longer classifying transgender identity as a mental disorder under the World Health Organization and the American Psychiatric Association’s rubrics.”

MH370. Missing jet could be further north. “The crashed remains from the Malaysia Airlines Flight MH370 could be as much as 500km further north than the current search area, say scientists in Italy.” 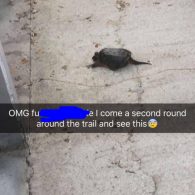 SICK. Fisherman who smashed turtle to death claims it was self-defense: “Frank’s Facebook footage tipped off authorities about the crime. Washington confessed to killing the animal two days later, turning himself in at Gardner Betts Juvenile Detention Facility. On July 26, just over a month after the turtle slaying, authorities charged Washington with cruelty to a non-livestock animal. He was also charged with two misdemeanors related to killing wildlife. Washington said that he was simply protecting himself.”

HIDDEN DOOR. Who wants one of these for their home?

Previous Post: « Nyle DiMarco Is Dripping Wet and Waiting for You in the Hamptons – WATCH
Next Post: There’s a Big Gay Feud on This Season of ‘The Bachelorette’ – WATCH »