BANGLDESH. ISIS claims responsibility for attack on restaurant in the nation’s capital of Dhaka. Armed insurgents reportedly stormed the restaurant and took hostages. The stand-off is in its 7th hour as of this posting: “The U.S State Department and local media say the cafe is in an upscale neighborhood called Gulshan that is home to many foreign embassies. The Islamic State group said its was responsible for the attack in a statement released by its Aamaq news agency, according to the SITE Intelligence Group, which monitors militant websites.” 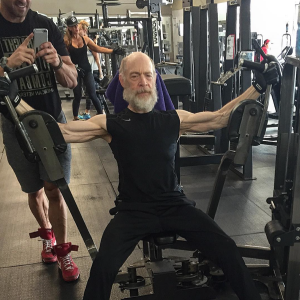 SWOLL. J.K. Simmons says he didn’t get jacked for The Justice League movie but rather because he never wants to be overweight again: “This is all coincidental.”

MOVIES. James Franco is shirtless and tatted up in trailer for Why Him?

INSTATHIRST. Some celebrities steaming up your feed.

READ. Draft version of the Democratic Party’s 2016 platform that Bernie Sanders has been fighting hard for–yet doesn’t seem to actually matter that much.

Cursory read of the Dem platform: it's not a "Sanders platform" or a "Clinton platform"; it's more of an "Obama platform" 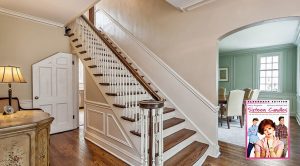 I’M SO EXCITED. Gawker wonders, is Donald Trump tweaking on diet pills? “Donald Trump is allegedly still taking speed-like diet pills. Rumors of Trump’s predilection for stimulants first started really popping up in 1992, when Spy magazine wrote, ‘Have you ever wondered why Donald Trump has acted so erratically at times, full of manic energy, paranoid, garrulous? Well, he was a patient of Dr. [Joseph] Greenberg’s from 1982 to 1985.’ At the time, Dr. Greenberg was notorious for allegedly doling out prescription stimulants to anyone who could pay.”

THOSE DAMN EMAILS. Hillary Clinton will meet with the FBI tomorrow: “The interview is likely to be the final step in the probe into whether Clinton mishandled any potential classified information. The server was located in her Chappaqua, N.Y., home. The FBI has already interviewed several Clinton aides, including her deputy chief of staff Huma Abedin.”

LORETTA LYNCH. US AG discusses why she met with Bill Clinton on that tarmac with Washington Post‘s Jonathan Capeheart: “Capehart, a liberal, praised Lynch for ‘having the highest integrity, utmost solid judgment. So when people heard what went down in Phoenix, a lot of people– I mean friends, supporters, backers are saying, what on earth was she thinking talking to Bill Clinton?’ ‘So… what on earth were you thinking?’ he asked to laughter. ‘What happened?'” 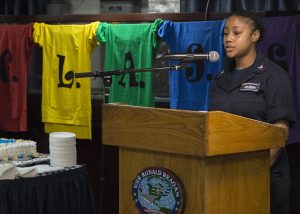 ISN’T IT IRONIC. As Pride month comes to a close, reflect on this picture (left) taken aboard the U.S.S. Ronald Reagan: “Yeoman 2nd Class (SW/AW) Elexis Rogers, from Jacksonville, Florida, sings the National Anthem during a Pride month observance ceremony organized by the Gay, Lesbian and Supporting Sailors (G.L.A.S.S.) association on the aft mess decks aboard the Navy’s only forward-deployed aircraft carrier USS Ronald Reagan (CVN 76). The G.L.A.S.S. association organizes events for the ship including fundraisers, community relations projects and morale building events.”

FASHION. Christian Siriano offers to design dress for Leslie Jones to wear to the premiere of Ghostbusters after she tweets that no one would.