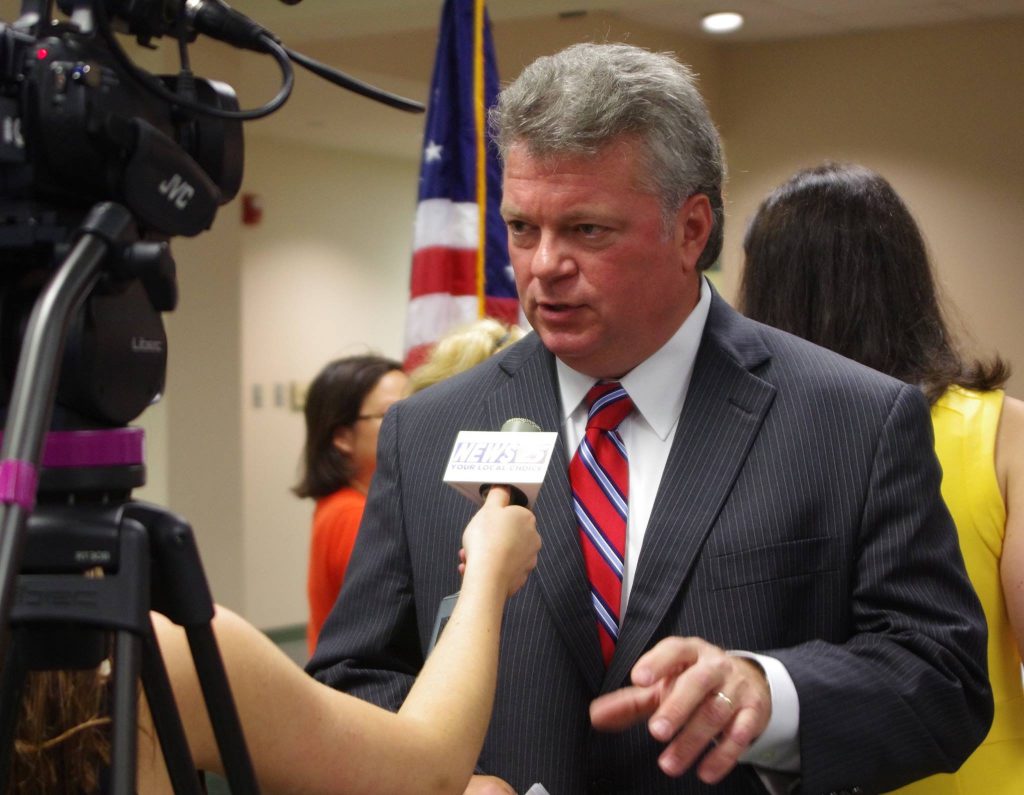 Hood’s statement comes on the heels of a decision from a district judge which struck down HB 1523 on Friday before it could take effect. Hood says he might not appeal that judge’s ruling as an Attorney General ordinarily might.

Hood is the only Democrat in statewide office, and his staff had defended the law that was passed by the Republican-majority Legislature and signed by a Republican governor.

But, after U.S. District Judge Carlton Reeves wrote a sharply worded order blocking the law, Hood said Friday that “the churchgoing public was duped” into thinking the law would protect religious freedoms.

Hood says an appeal could cost tens of thousands of dollars, and that might not be a good use of tax dollars when the state budget is tight and services such as mental health care are being cut.

Hood also said in his statement,

Our state leaders attempted to mislead pastors into believing that if this bill were not passed, they would have to preside over gay wedding ceremonies.  No court case has ever said a pastor did not have discretion to refuse to marry any couple for any reason.

I can’t pick my clients, but I can speak for myself as a named defendant in this lawsuit. The fact is that the churchgoing public was duped into believing that HB1523 protected religious freedoms. Our state leaders attempted to mislead pastors into believing that if this bill were not passed, they would have to preside over gay wedding ceremonies. No court case has ever said a pastor did not have discretion to refuse to marry any couple for any reason. I hate to see politicians continue to prey on people who pray, go to church, follow the law and help their fellow man.

The federal court’s ruling was straightforward and clear. On page 9, the court quotes statements made by legislators, the Governor and Lieutenant Governor. The court found that those statements, along with the inclusion of the term “sincerely held religious beliefs” and the definition thereof in HB 1523, were strong evidence that the law was unconstitutional.

In 2014, the state enacted the Religious Freedom and Restoration Act, which created a right of citizens to sue the state in state court if they felt that their religious freedoms were being overburdened. The federal court observed that this act was already in law when those officials went for a second victory lap to reinvigorate the support of churchgoing people by passing HB 1523 in an overtly political fashion.

Our attorneys will evaluate this decision to determine whether or not to appeal all or parts of Thursday’s ruling. We do intend to appeal the Court’s decision earlier in the week to extend the injunction to cover circuit clerks, who were never parties to the case.

I believe in the free exercise of religion and there will be a case in the future in which the U.S. Supreme Court will better define our religious rights. This case, however, is not that vehicle.

In consideration of the individual rights of all our citizens, the state’s current budget crisis and the cost of appeal, I will have to think long and hard about spending taxpayer money to appeal the case against me. An appeal could cost the state hundreds of thousands of dollars. For example, North Carolina has set aside $500,000 for defense of its bathroom law. Even if we won and the injunction were set aside on appeal, the case would be remanded and proceed to trial over about two years. Because of the huge tax breaks handed out to big corporations by these same leaders, the state is throwing mentally ill patients out on the street. This is hardly protecting the least among us as Jesus directed.