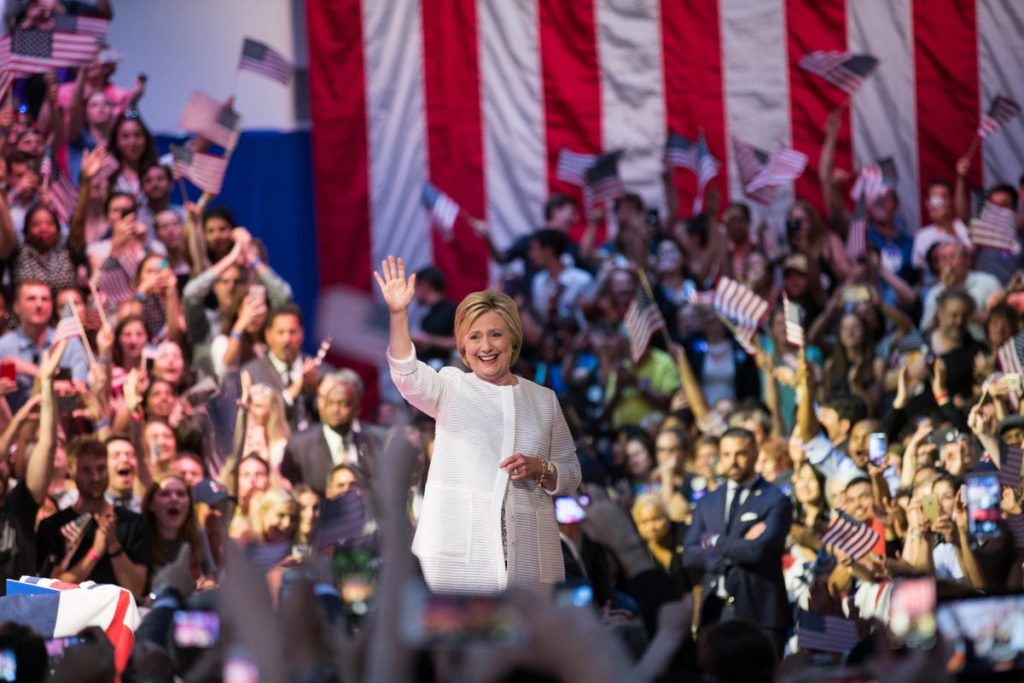 Hillary Clinton has officially become the Democratic Party’s nominee for president of the United States, the first woman to ever be nominated by a major political party for that office.

Clinton secured the requisite number of delegates to secure the nomination during a roll call vote that took place during the second day of the Democratic National Convention in Philadelphia. There had been some discussion as to whether the roll call vote would take place or whether Bernie Sanders would nominate her by acclamation as Clinton did for Barack Obama in 2008. A roll call vote went forward after those close to Sanders suggested it was important for his delegates to publicly cast their votes for him.

In the end, however, it was Sanders who stepped up the mic after every state had weighed in and called for the convention to name Clinton as the party’s nominee by acclamation. 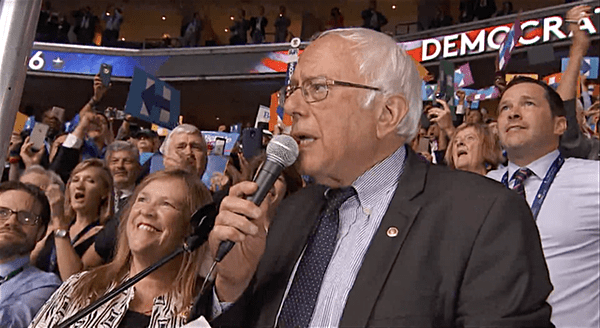 The chair accepted that motion and a thunderous chorus of “ayes” declared themselves in favor of that motion, making Clinton the nominee.

In a culmination of days’ worth of efforts to unify the party, Sanders himself moved at the conclusion of the lengthy state-by-state roll call vote – after Clinton had won a majority of delegates but before her formal nomination was announced to the thousands gathered in the Wells Fargo Center — to nominate Clinton by acclimation.

“I move that all votes cast by delegates be reflected in the official record, and I move that Hillary Clinton be selected as the nominee of the Democratic Party for president of the United States,” he announced from the convention floor as delegates roared their approval.

Clinton celebrated the nomination with a tweet that included the photo at top with the simple caption, “History.”