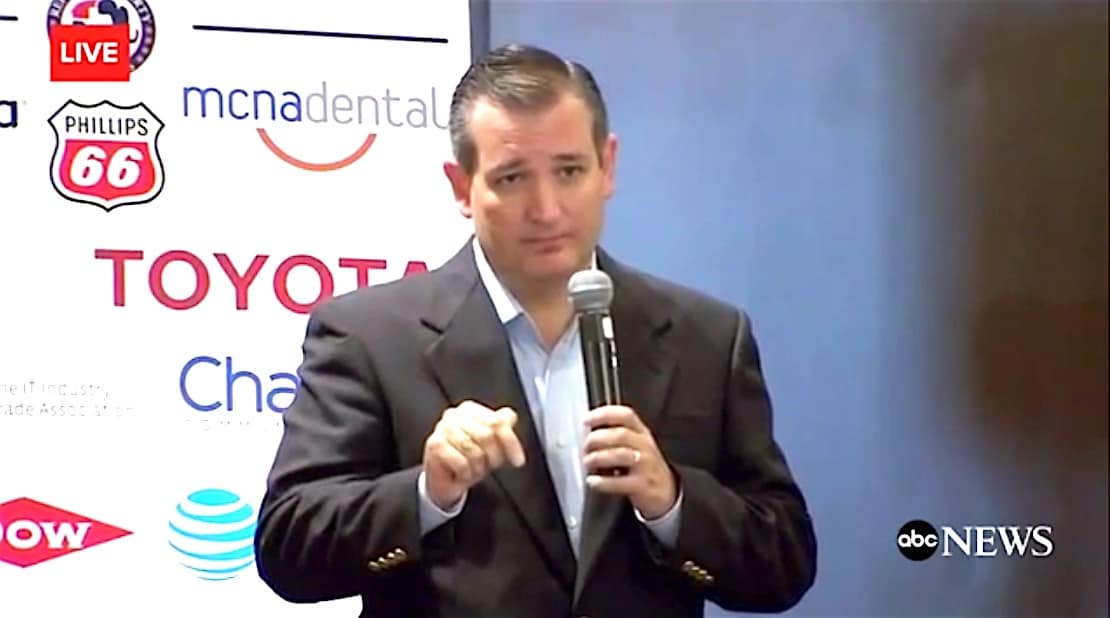 Ted Cruz, who last night refused to endorse Republican Party presidential nominee Donald Trump in his speech at the GOP Convention and was booed for it, defended himself in a speech to Texas delegates this morning.

Cruz said the pledge that he had signed to back the Republican candidate had been broken, blasting Trump for attacking his family.

“And I’ll tell you today that pledge was abrogated. The day that was abrogated was the day this became personal. I am not going to get into criticizing or attacking Donald Trump. But I’ll just give you this response. I am not in the habit of supporting people who attack my wife and attack my father. And that was not a blanket commitment that if you go and slander Heidi, that i’m going to come nonetheless like a servile puppy dog and say ‘thank you very much for maligning my wife and maligning my father.'”

Ted Cruz on Trump: "I am not in the habit of supporting people who attack my wife and who attack my father." https://t.co/3sRTdei3BV

Cruz did not rule out endorsing Trump in the future:

“I am doing what millions of Americans are doing. I’m watching, I’m listening. As I told you last night the standard I intend to apply is, which candidate I trust to defend our freedom, be faithful to the Constitution. But I can tell you I’m not voting for Hillary.”