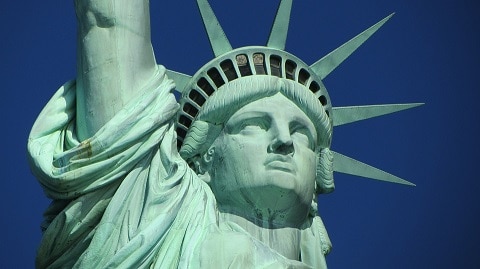 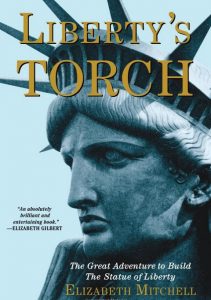 With a finely tuned focus on the important issues of the day, Fox & Friends took time out of a busy schedule last weekend to assuage fears that the Statue of Liberty could be a man.

In a Discovery Family Channel documentary that aired on Sunday night, author and journalist Elizabeth Mitchell discussed a new theory that French sculptor Frédéric Auguste Bartholdi’s model for the Statue of Liberty was his brother. It is generally believed that Bartholdi used his mother as inspiration for the statue’s face.

“This guy [Frédéric Auguste Bartholdi], when he was in New York wrote his mother every single day,” Berenson insisted. “If he wasn’t going to do his mom and was going to do his brother instead, we’d have that in the correspondence.”

“I just assume somebody was playing a prank on us,” Doocy opined. “Are we supposed to think this French guy was pulling a fast one the U.S., ‘Hey, I’m going to say it’s a woman but it’s really going to be a guy. And they’re not going to be able to figure it out for a really long time.’”

Berenson assured Doocy he need not be concerned with what’s beneath lady liberty’s robes:

“This was not a tongue-in-cheek gift. This was a real serious business. He loved the United States, he loved American liberty.”

“Is it possible the Statue of Liberty transcends both masculinity and femininity?” co-host Anna Kooiman wondered. “That it’s just a symbol of liberty?”

“I think there’s no question she’s a woman,” Berenson replied. “But she’s [a] very powerful woman.”

Watch the Fox & Friends segment, below.

[Image labeled for reuse via Pixabay.com]