You are here: Home / ABC’s ‘What Would You Do?’ Depicts Man Cheating on Wife With Gay Lover: WATCH 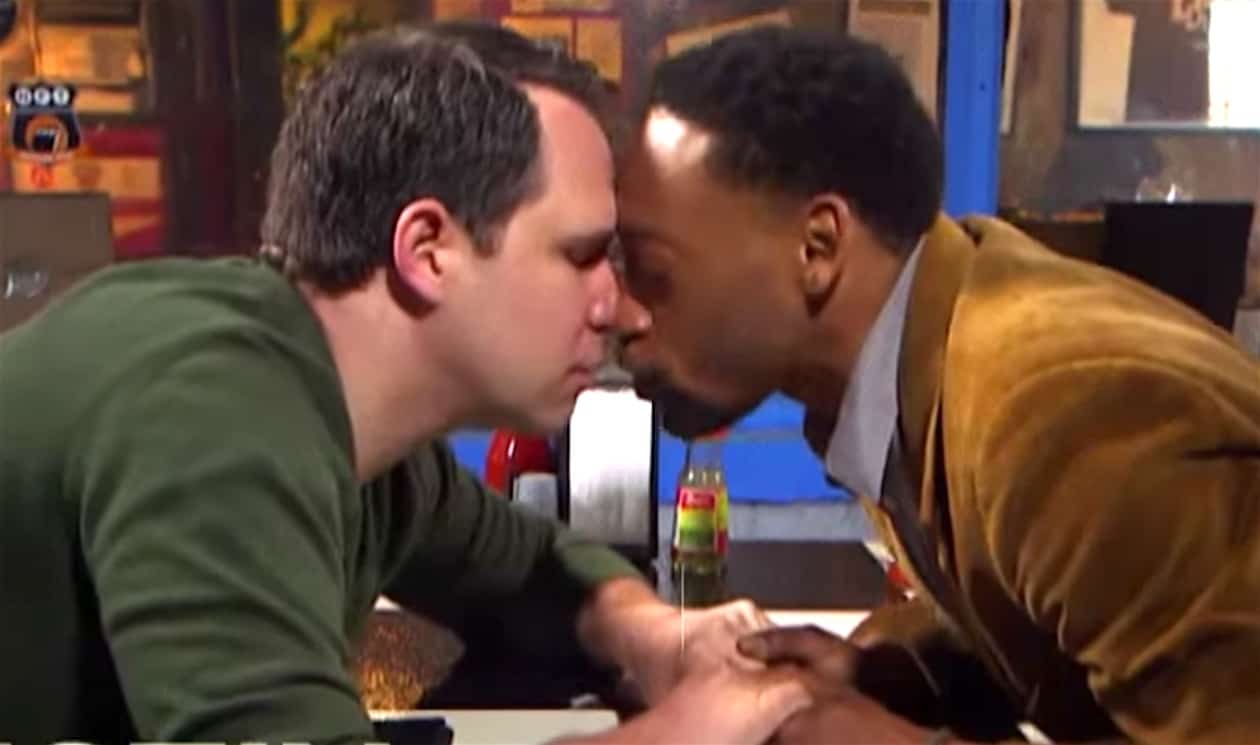 In a highly entertaining segment, ABC’s candid camera reality show “What Would You Do?” depicted a man married to a woman who’s having an affair with another man on Friday.

Actors playing the man and his wife are shown in an Atlanta barbecue restaurant, purportedly on their anniversary. They ask fellow diners to take photos of them, posing lovingly, before the wife leaves to go to the bathroom. That’s when the man’s gay lover rushes in, kisses him and loudly complains that he hasn’t told his wife about their affair.

SPOILER ALERT: In the first cut, one nearby diner can’t stop laughing as he tells the waitress what just happened. After the husband subsequently leaves to take a phone call, another woman advises the wife to go to counseling, without saying why, before confronting the husband outside.

In the second take, with his wife in the bathroom after the gay lover leaves, nearby diners encourage the husband to break the news to her. But it’s not until the third and final cut that someone actually spills the beans.

“He needs to talk to you,” the woman tells the couple after the wife returns from the bathroom. “When he went to the bathroom a white man came in and kissed him on the lips and sat down. He’s gay.”

When WWYD‘s John Quiñones walks in with cameras in tow, the woman breaks down crying — perhaps out of guilt that she was so nosy.

Ultimately, the segment probably perpetuates stereotypes about black gay and bisexual men and “the down low” — a term that’s even flashed on the screen at the beginning — but we doubt that will unglue you from your screen.