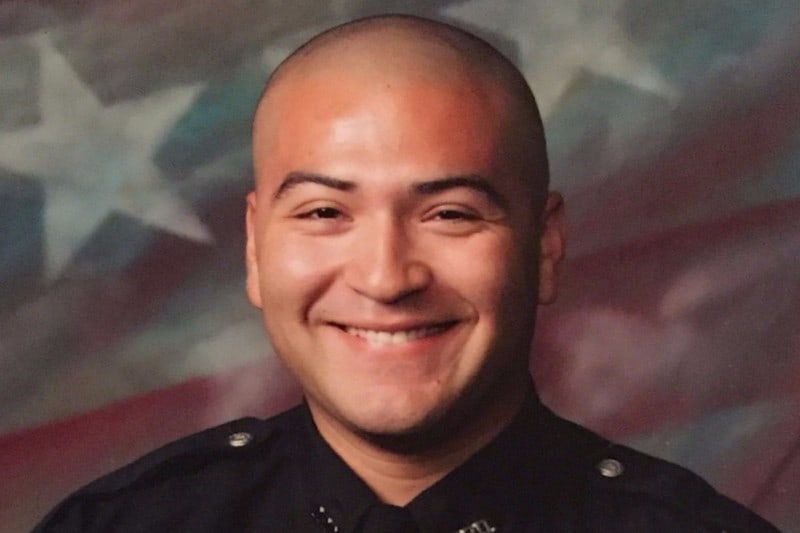 In the wake of Towleroad’s post Friday, more than $5,000 in donations have poured in for a gay police officer who was wounded in the July 7 shooting in Dallas.

The GoFundMe page for Dallas Area Rapid Transit (DART) Officer Jesus “Jesse” Retana (above), who was shot in the arm during the ambush that left five of his counterparts dead, had raised only $185 in five days at the time of our post Friday afternoon. Since then, the total has ballooned to $5,175. Although Towleroad was the first national outlet to report on Retana’s plight, it’s the 112 donors who’ve opened their wallets who deserve the real credit.

In addition to a lengthy recovery, including surgery and physical therapy, Retana is facing a 30 percent pay reduction while he’s unable to work. His husband of eight years, Andrew Moss, reports that Retana is also unsure whether all of his medical expenses will be covered.

Regardless of how you feel about the current political debate involving law enforcement, the fact is that many officers are members of the LGBT community. One of them, Dallas County Sheriff Lupe Valdez, spoke during this week’s Democratic National Convention. And three years ago, Moss and Retana led a successful fight to convince DART officials to add same-sex benefits for all employees, not just the agency’s police officers.

As one commenter put it below our original post: “I support #BlackLivesMatter, but that doesn’t mean that I’m for police officers facing violence in the name of ‘revenge.’ Here’s hoping for a speedy recovery.”

In case you missed them, watch Valdez’s remarks at the DNC below.