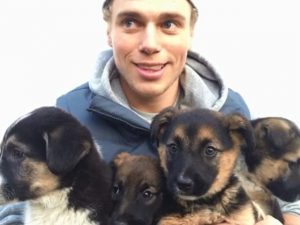 A PERFECT DOUBLE ACT. Why President Obama campaigning for Hillary Clinton is historic: “No president has campaigned strongly for his chosen successor in at least 100 years.”

TELEVISION. The premiere date for American Horror Story season 6 has been revealed.

AVIATION. Cockpit voice recorder on EgyptAir flight 804 indicates that fire may have brought the plane down.

VEEP STAKES. Trump’s VP pick will likely be announced next week, according to reports.

MUSIC. Hozier says he will ‘disappear for a while’ to write his next album.

THOSE DAMN EMAILS. Complete transcript and full video of FBI Director Comey’s announcement today that Hillary Clinton will not be charged for using a private server during her tenure as Secretary of State.

GOP REACTION. Paul Ryan: “While I respect the law enforcement professionals at the FBI, this announcement defies explanation.” Sarah Palin: “GOP ‪#‎NEVERTRUMP‬ TRAITORS – HILLARY DELIGHTS IN YOU, FOR SHE CAN’T WIN WITHOUT YOU.” Donald Trump:

PETRAEUS V. CLINTON. Why the two cases are not the same.

WET AND WILD. Justin Bieber might be taking his Calvin Klein contract too seriously. The singer was spotted wakeboarding in a pair of white Calvins (boxer briefs to be specific).

TOO HOT FOR TUESDAY. Actor and model Jared Granger.