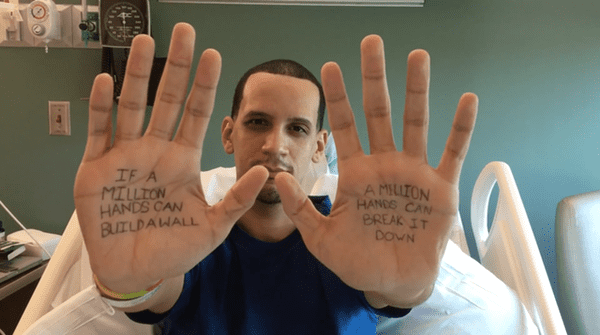 An emotional lyric video has been released for the Orlando tribute song “Hands” that features YouTube stars who traveled to Orlando in the wake of the Pulse massacre and also some of the survivors of that shooting that left 49 people dead.

The video was released on Tuesday to coincide with the one month anniversary of the massacre. 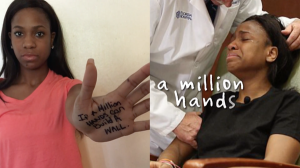 One of the survivors featured in the video, 20 year-old Patience Carter, became known for the heartrending poem she wrote about the massacre as she was recovering in hospital.

RELATED: Orlando Survivor Shares Her Story in Harrowing Poem: ‘The Guilt of Being Alive Is Heavy’ – WATCH

As previously reported, “Hands” was released by Interscope Records in partnership with GLAAD.

All proceeds from the US sales of the track will benefit Equality Florida Pulse Victims Fund, the GLBT Community Center of Central Florida, and GLAAD.

You can purchase the song on iTunes.

GLAAD is also calling on people to accelerate acceptance and end hate by signing a petition which you can see HERE.

Watch the video for “Hands” and see the list of YouTube stars who joined in the tribute, below.

Here’s the list of YouTubers that appear in the video:

Previous Post: « A Gay Version of ‘The Bachelor’ Is Currently in Production (and Lance Bass Is Hosting)
Next Post: President Obama Speaks at Memorial Service for Slain Dallas Officers: WATCH LIVE »