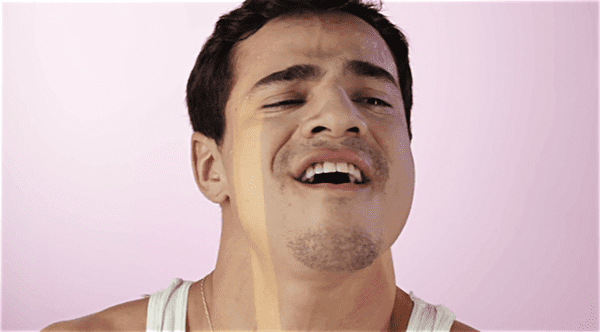 Davey Wavey has released a new video that focuses on one thing we all have in common regardless of our sexual orientation, gender, race, religion, political affiliation, or nationality: the orgasm.

The video shows a diverse group of individuals climax in slow motion to prove that despite all our differences we are all alike in at least one basic way: we all have a need and a desire to orgasm.

“At its core, this video is about compassion. We might not agree on gun issues or politics, or even the right for my marriage to be recognized, but when we pull back the layers – we can see the raw humanity underneath. And one of the most basic human things that we share is the orgasm. So let’s start there.”

Rather than focus on how divided we are, Davey suggests we focus on something that links us to others. He says,

“When we’re in touch with our body’s pleasure, we’re better able to connect with ourselves, the people in our lives and the world around us. Orgasms might not solve all the world’s problems. But it’s a start.”

Watch the video (which is slightly work-unfriendly for moaning and O-faces), below.