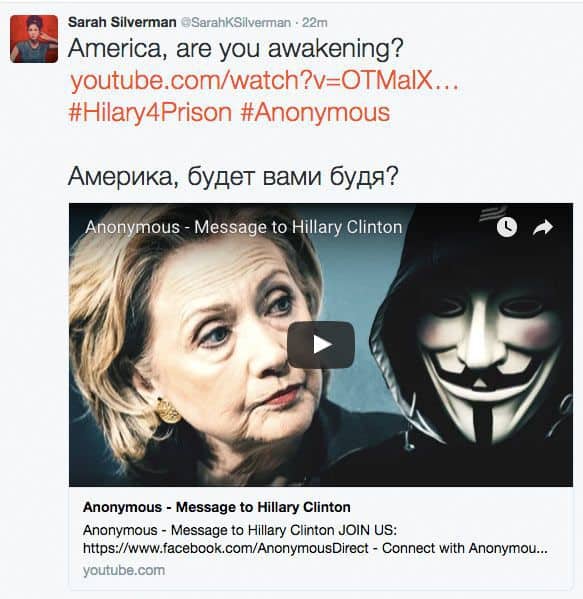 The tweet featured a video called “Message to Hillary Clinton” posted last April by the hacker group Anonymous and the message, “America, are you awakening?”

Silverman posted a tweet on Wednesday morning that read “MY TWITTER ACCT GOT HACKED THIS IS NOT ME”.

MY TWITTER ACCT GOT HACKED THIS IS NOT ME https://t.co/hmZYLdrjxi

Silverman, a fervent Bernie Sanders supporter throughout his campaign, made headlines on Monday at the Democratic National Convention when she said it was time to unite behind Clinton and then called the “Bernie or Bust” crowd “ridiculous” from the stage.

Previous Post: « L.A. County Urges All Sexually Active Gay Men to Get Meningitis Vaccine Now
Next Post: Nyle DiMarco Is Dripping Wet and Waiting for You in the Hamptons – WATCH »