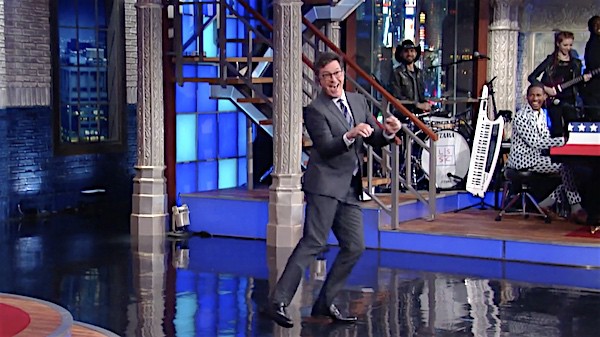 Stephen Colbert got giddy last night after responding to an audience member’s question during a Late Show Q&A that wasn’t broadcast.

The moment was posted on Twitter and shows Colbert’s response to the question, “if you had Donald Trump on your show tonight, what would you ask him?”

And now @StephenAtHome with an important question for Donald Trump. #ColbertDNChttps://t.co/DdG7aYYQO0

In an interview on FOX & Friends this morning, Trump said he was just being sarcastic: “Of course I’m being sarcastic. You have 33,000 emails deleted, and the real problem is what was said on the emails from the Democratic National Convention.”