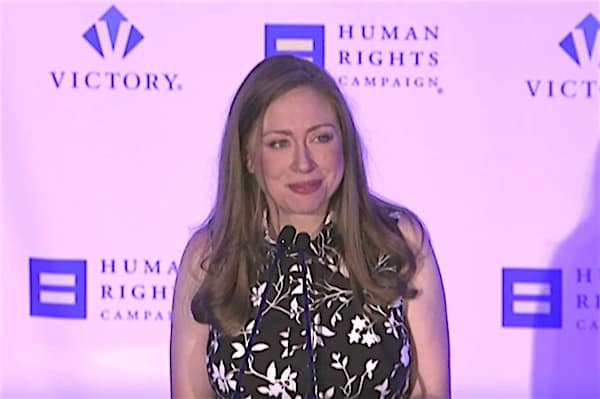 Chelsea Clinton spoke to LGBTQ delegates at an event sponsored by the Victory Fund and the Human Rights Campaign on Wednesday and said she was deeply offended by the Republican Party platform and its embrace of gay conversion therapy.

“I’ve thought about what I found most offensive last week – it’s hard, admittedly to pick just one part of the Republican rhetoric which was divisive, degrading, demeaning, or the Republican Party platform which was the antithesis to all that Chad celebrated for us as Democratics here – it was the most regressive, least inclusive platform in modern political history.”

“But I think what I actually found most offensive really again ties to me as a mom. The open embrace of conversion therapy in the Republican Party platform ― in other words, child abuse ― to me is the clarion call for all of us to do everything we can to elect my mom, and elect Democrats up and down the ticket.”