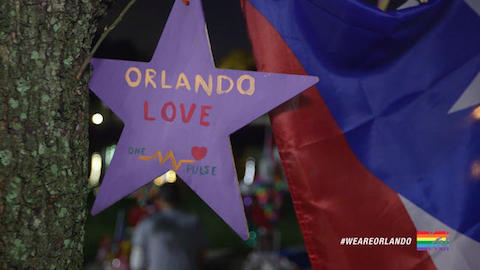 MTV’s True Life follows the stories of four survivors of the Orlando Pulse nightclub shooting in a new episode tonight at 8 p.m. Eastern. The heartbreaking special True Life: We Are Orlando follows the story of four survivors — Tony Marrero, Patience Carter, Tiara Parker and Joshua McGill — as they heal their physical and emotional traumas. MTV is also sharing a lot of digital content with even more stories from the Orlando LGBTQ community.

Lena (Sherri Saum) is worried about Mariana (Cierra Ramirez)’s competitive streak on a new episode of The Fosters tonight at 8 p.m. Eastern on Freeform. Callie (Maia Mitchell) also has a run-in with the law.

The question on everyone’s mind is: What will Tonga be wearing during the Olympic closing ceremonies Sunday at 8 p.m. Eastern on NBC?