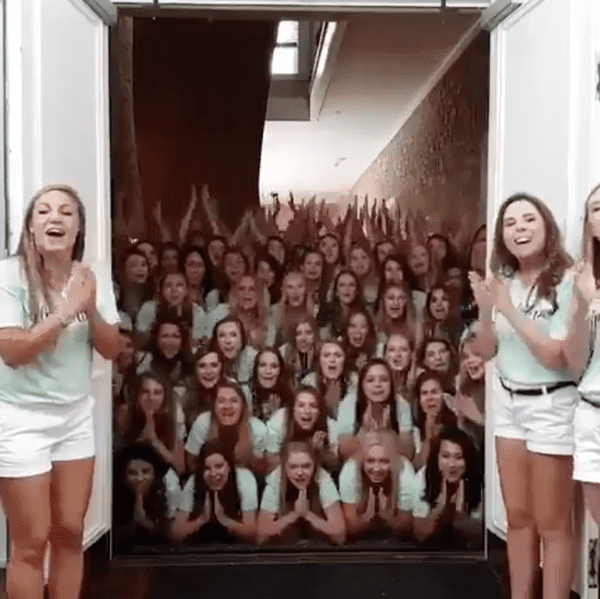 If sororities and fraternities scare you, this viral video isn’t going to make you feel any better.

What was intended as a recruitment video by the heads of sorority Alpha Delta Pi at the University of Texas at Austin ended up being a terrifying display of, um, sisterhood?

As an introduction, three young women — Maddie, Haley, and Jean-Marie — stand at the formidable doors of their sorority house. They’ve been waiting for you. They fling the doors open, revealing a room packed to the brim with screaming sorority sisters. Their screams will haunt you, but not as much as their wiggling fingers, their manic chants, and the disembodied arms clapping in the background.

In case the original isn’t terrifying enough, someone remixed the video depicting the super awesome super peppy super spirited sorority gals opening the gates of hell. Actually, that’s pretty much what the original feels like too.