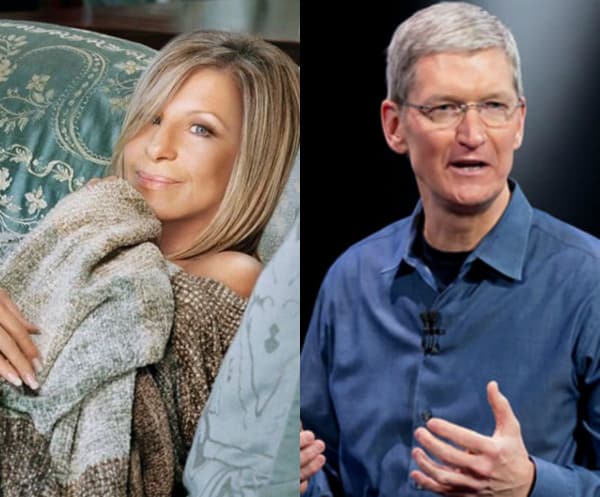 Barbra Streisand is again trying to set the record straight on how to pronounce her name.

In a recent interview with NPR, Streisand revealed that because Siri on Apple iPhones says her last name incorrectly, she gave Apple CEO Tim Cook a call to see about getting that fixed. By Streisand’s account, Cook was all too pleased to acquiesce to the request.

The topic came up after NPR’s Scott Simon asked Siri which female recording artist is the only one to have had hit records for six straight decades. When Siri responded with “Barbra Streisand,” Simon and Streisand both laughed.

“She pronounces my name wrong,” Streisand said. “Streisand with a soft S, like sand on the beach. I’ve been saying this for my whole career. And so what did I do? I called the head of Apple, Tim Cook, and he delightfully agreed to have Siri change the pronunciation of my name, finally, with the next update on September 30th.”

She added, “So let’s see if that happens because I will be thrilled (laughter).”

Let’s just hope Siri knows not to add an extra “a” in “Barbra.”

Listen to Streisand’s interview, below.

Previous Post: « Milo Yiannopoulos Has Collected Over $100K for Scholarship Fund, Given Away $0 – AUDIO
Next Post: The Queens Return To ‘Drag Race,’ Ellen Page Visits Orlando and More TV This Week »