Milo Yiannopoulos Has Collected Over $100K For Scholarship Fund, Given Away $0 - AUDIO - Towleroad Gay News 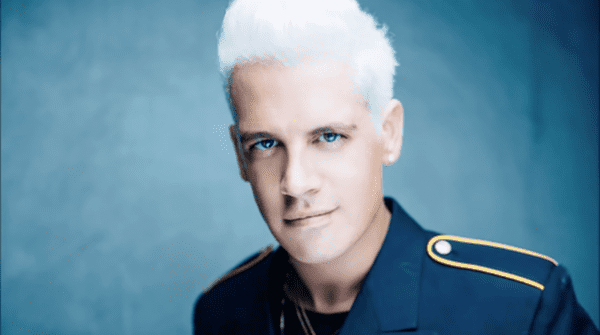 Homocon Milo Yiannopoulos is in hot water yet again, this time over a scholarship fund he set up to help poor white men.

The Breitbart editor, who was banned from Twitter for harassing Leslie Jones, has reportedly raised between $100,000 and $250,000 for something called the Yiannopoulos Privilege Grant, a college scholarship fund for “white men who wish to pursue their post-secondary education.” Yet to date, Yiannopoulos has not filed the paperwork with the IRS necessary to be able to legally accept donations for such a fund, not has he partnered with a 501(c)(3) non-profit organization which could accept tax-deductible donations. That has raised a lot of eyebrows leading some to suggest Yiannopoulous illegally collected money from donors. Meanwhile others accuse Yiannopoulous of pocketing the money.

Grants were supposed to have been awarded starting in “early summer 2016.”

The grant’s website currently states that “applications are not yet open” and “please do not write to us if you are a prospective Grant applicant.”

“This was compounded by our previous administrator leaving the team. I am pleased to have Colin leading the Privilege Grant team so we can begin to help students achieve their college dreams in short order.”

TDB also spoke with a former employee of the fund, Canadian conservative Margaret MacLennan. In a series of tweets, MacLennan suggested Yiannopoulous had acted improperly with the fund’s donations and possibly embezzled them.

MacLennan even shared a donation form for the charity that shows where all donations to the Yiannopoulos Privilege Grant go: Yiannopoulous’ bank account.

“It is the only indication anywhere about the destination of the money,” MacLennan said [of the donation form]. She said she was unaware as to how much had been collected.

But when asked by The Daily Beast about her involvement in the operation, MacLennan claimed: “I don’t know anything about the financial side. I was never privy to it.” She said that in her role as “director,” MacLennan was tasked with “developing applications and the reward process.”

Blaire White, another person who participated in the telethon, expressed frustration with the lack of clarity in the money collection process.

“I feel duped for having been a part of the fundraising stream,” she tweeted. “People need an explanation. Tons of money collected.”

PREVIOUSLY: There Was a ‘Gays for Trump’ Party at the RNC and It Was Absolutely Insane – VIDEOS, PHOTOS

Listen as Yiannopoulos tries to clear up the controversy about his Privilege Grant, below.