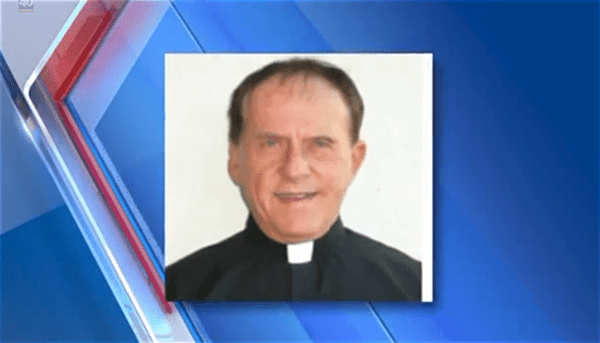 A high-ranking Catholic priest in Stockton, California is accused of having sent explicit photos of his genitals to a male parishioner who also worked for the Church.

The man was then fired by the Church and is now filing suit.

As Fox 40 reports, attorney Vince Finaldi, who represents the parishioner, said, “It’s extremely disturbing that the person’s who is head of this parish would be sending text with photographs of his exposed genitals.” He added, “Someone’s who’s engaging in that type of conduct has very, very serious credibility issues and issues with judgement.”

The Church responded in a statement saying,

“Today the Diocese of Stockton learned for the first time of employment related allegations against Monsignor Lawrence McGovern, the Pastor of Presentation Parish in Stockton. In accordance with the Canon Law of the Church, Bishop Stephen Blaire has placed Monsignor McGovern on administrative leave pending a full and complete investigation.”

Watch a news report from Fox 40, below.