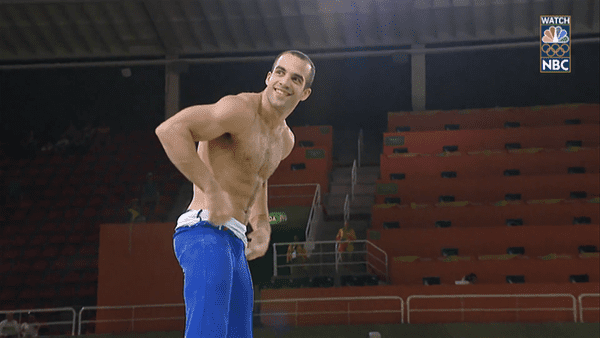 Two-time silver medalist and LGBT ally Danell Leyva gave gymnastics fans in Rio a bit of a treat yesterday when he stripped down in the middle of a routine.

Leyva was performing in the gymnastics gala, an event that awards no medals and is merely for fun, when he decided to give the audience something besides his stunning athleticism to look at: his bare flesh.

PREVIOUSLY: U.S. Gymnast Danell Leyva is a Show-off, But No One’s Complaining

Team USA Men’s gymnastics had said they thought competing shirtless would bring them more attention to their sport and it seems Leyva was out to prove the point. Pausing in his parallel bar routine, he peeled away his skintight uniform, rolling it down to just below his waist. According to NBC announcers, Leyva wants to move to LA and become an actor after Rio. Consider this his screen test.

Leyva wasn’t the only one to strip down, however. Ukraine’s Oleg Verniaiev, who beat Leyva for the gold medal on the parallel bars, seemingly following Leyva’s lead, stripped down as well. 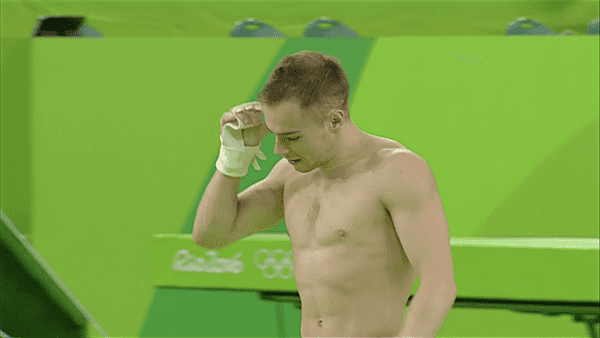 You can watch an extended video of Leyva working the parallel bars, here.

Previous Post: « Gawker.com Announces End of Operations After 14 Years in Business
Next Post: Derrick Gordon Says ‘Without a Doubt’ He Didn’t Get a Shot at the NBA Because He’s Gay »