Happy 55th, Barack! A brother to me, a best friend forever. pic.twitter.com/uNsxouTKOO

GEOPOLITICS. Russia and the U.S. are fighting a proxy war over who will be the next Secretary General of the United Nations: “Washington, which is believed to want a woman in the U.N. role, has been backing Argentina’s foreign minister in the secretive selection process, U.N. sources say. Meanwhile, U.N. sources say Russia is angling for a female Bulgarian diplomat with family ties to the Soviet Union, a nod to its desire to see an Eastern European in the job.”

NORTH CAROLINA. Schools in Charlotte have put transgender bathroom rights on hold following Supreme Court’s stay in Gavin Grimm case: “The announcement coincides with a letter-writing campaign launched by the N.C. Values Coalition, which is urging parents to bombard CMS with letters saying the regulations that were announced in June would jeopardize students’ ‘privacy, safety and dignity.'”

FLAWLESS. Sarah Jessica Parker may not want to call herself a feminist but Barack Obama is more than happy to own the label.

GAY LA. Fortune Feimster, Jimmy Fowlie, and Chris Eckert perform next Tuesday August 9 in The Gale at Los Angeles’ The Groundlings, serving up a ferociously queer night of Improv.

IN THE NAVY. No more blue camouflage or “blueberries” for sailors (which they say is a good thing): “They failed to reduce the number of uniforms sailors must maintain. Their threads put sailors at risk for worsening burn injuries by melting. And sailors said they were uncomfortable and that the only camouflage they offered was when someone fell overboard.”

Clint Eastwood was born in 1930. Let's start a list of things that weren't considered racist when he was growing up. pic.twitter.com/xuySp45dZv 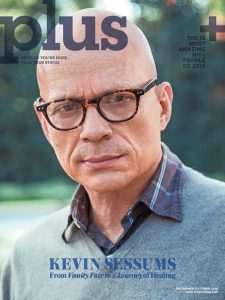 PROUD AND POSITIVE. plus names author Kevin Sessums as #1 most amazing HIV+ person of 2016: “Sessums is a rarity: an HIV-positive journalist who has also written two New York Times bestselling memoirs: Mississippi Sissy and, more recently, I Left It on the Mountain.”

VP VERSUS VP. Tim Kaine goes after Mike Pence for his record on LGBT rights while campaigning in North Carolina: “The vice presidential nominee on the Republican side, Mike Pence, did something like the North Carolina bill,” Kaine added. “Found that immediately, discriminating against LGBT people immediately companies started to pull out. You’re seeing those announcements in North Carolina too, whether it’s the All-Star game or PayPal. Same thing happened in Indiana and he had to kind of do a U-turn.”